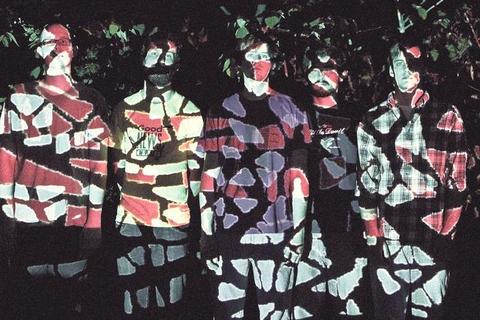 The Texas-based band, Equals, hasn't always been the technical and tightly-arranged instrumental band it is now. The band's large soundscapes, searing guitar riffs and blitzing rhythms were products of evolution.

The members of Equals--bassist Alex Guzman; drummer Matt Toman; keyboardist Logan Wexler; and guitarists Simon McDonald and Dylan Storey--met in high school and college and began playing in several different projects that were musically diverse before fine-tuning their sound into a heavier, more cinematic approach. “When we first started playing in bands, the music always came about through improvising and then we decided that we wanted to have a band that was more composition-driven and wanted to create music with simplicity, more focused on the ambience and the sonic palette than anything else,” said Toman. “Once we started figuring out how to apply a lot of the feeling and textures of ambient music, our music started progressing."

After a year of writing and gigging around Central Texas, they were able to hone their sound and write a collection of songs that would become their self-titled debut EP. The album was recorded by the band themselves in various homes and studios with Alex Bhore (This Will Destroy You) mixing and acclaimed mastering engineer Alan Douches (Animal Collective, Sufjan Stevens) at the helm. The result is an energetic and technical composition filled with densely layered sounds, sharp-drum fills and attention-grabbing guitar parts. Every song plays like a mini-opus that charters new territory with each song. With influences from Tortoise, Maserati, Mercury Program or the more affable comparisons to Battles, the band continues to refine their sound and leave plenty of room to breathe, but shows no sign of slowing down anytime soon.

"The densely layered songs all have their distinctive storyboard of moods and textures, each one a lovely surprise yet all five somehow melding together to form a cohesive, cinematic whole." - My Old Kentucky Blog

“Some of the more incredible instrumentals you will find” – Zaptown Magazine

“Equals might sound improvised here and there, but this is controlled, carefully arranged stuff.” – The Austin American Statesman

"Keep your eye on these guys." - The Blue Indian

"A definite contender for this years best post-rock album." - Is This Revolutionary