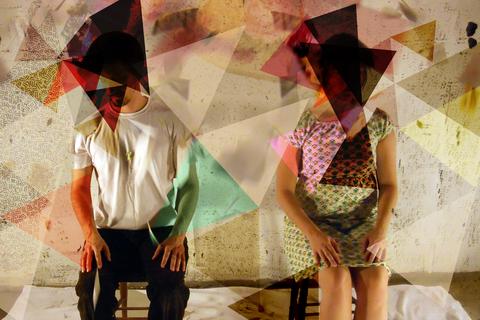 Twigs & Yarn's debut LP, The Language of Flowers, was released in August of 2012 on the Japanese label flau (http://www.flau.jp/). The album is an intimate story pieced together between continents and bedrooms, a collage of musical messages assembled from traditional instruments, trembling voices and lonely nights. The songs range from simple improvisations to meticulously arranged soundscapes with subtle textures and melodies held together by a drowsy fuzz that will leave you sleepy-eyed and dreaming. The album was beautifully mastered by Nick Zammuto (The Books, Zammuto).

Recorded during a yearlong separation, The Language of Flowers embraces the discovery of sharing sounds from across the sea through ftp servers and email. Utilizing lo-fi recorders and homemade microphones, the songs developed slowly from the random joining of sound clips never intended for each other, creating beautiful unexpected moments. Many of the sounds for the album were recorded by Lauren McMurray while living in Japan: radio frequencies, people talking on the streets, temple bells, and quiet vocals hummed into coffee tins in the dead of night. Her voice is ethereal and strange, and she uses it to create textures from dreamy whispers to full choruses. Final compositions were augmented and stitched together by Stephen Orsak using guitars, electronics, field recordings and sequencers.