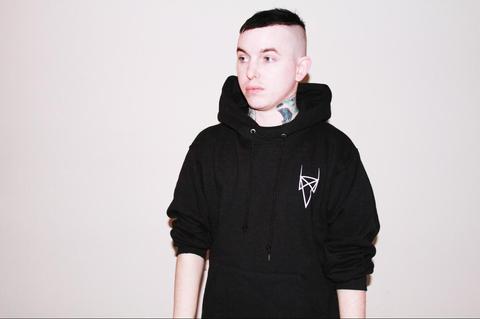 "We're only interested in making music you can fight or strip to..."

Daniel Disaster and Pete Heartless, production duo behind Heroes x Villains, begin as two punk kids from the depths of the Dirty South, notorious for blowing speakers during their chaotic DJ sets as teenagers.

The pair remain creatively connected, despite divergent lifestyles: Heartless maintains a quiet, relatively normal life while Disaster seems content to exist with his feet dangling ever so slightly over the edge. He spends several years behind the boards at Grand Hustle Records as an engineer working alongside the likes of Justin Timberlake, Lil' Wayne, T.I. and Young Jeezy.

Armed with this experience, roots in punk/hardcore and an appreciation for Southern rap music, Heroes x Villains start their ascent with warbling, bass heavy, electronic dance music remixes of Waka Flocka Flame's 'Oh Let's Do It' and Gucci Mane's 'Lemonade'. These, a remix of Lil' Jon and Diplo's 'U Don't Like Me' and several others make up 'We Off That,' their first mixtape which garners critical acclaim.

Less speakers burst into flames these days but Heroes x Villains DJ sets remain as caustic as ever. Stage diving and raucous mosh pits are regular occurrences; champagne spraying in every direction and half naked women moving in ways their parents wouldn't likely approve of come standard. The raw, occult like energy and track selection is a manifestation of how Disaster and fans of Heroes x Villains choose to live: shameless, unrepentant, maximalist hedonism.

Heroes x Villains announced a new EP and Trap music documentary in partnership with the premiere Hip-Hop mixtape website LiveMixtapes.com. The documentary "Certified Trap" traces the evolution of Trap music from its beginnings as a seminal southern Hip-Hop movement to its recent rebirth that fuses traditional Trap with electronic music - an aggressive new sound being embraced by music-forward youth cultures across the United States. "Certified Trap" also features commentary from Trap icons Waka Flocka Flame, Alley Boy, Lex Luger, and 2 Chainz as well as producers who are driving the new Trap sound such as Flosstradamus and Bauerr.

Accompanying the documentary will be "Run The Trap", an EP from Heroes x Villains - who the film focuses on as a pivotal force in Trap's resurgence - that captures the essence of the sub-genre's forward progress.

"OG... the beginning, the genesis. Every trend, every movement has a starting point, a nexus; with individuals operating as frontiersmen often with little to no recognition until the predominant culture takes notice and sometimes, not even then.

'Trap music,' a genre notorious for it's high octane, aggressive beats, is the new buzz word in dance music circles. But it's hardly 'new' at all... in fact, this sound has dominated rap for nearly decade. Atlanta, Georgia has served as the nexus point, with producers like DJ Toomp, Shawty Redd and Zaytohven (to name a few) acting as forefathers for the sound that's been garnering so much attention recently.

As natives to Atlanta, Heroes x Villains understand and celebrate this history. This is the ethos behind their latest record, 'OG Choppaz,' a sonic manifestation of where trap music comes from, to where it appears to be going."

Having been the exclusive host to releases from countless Trap stars, Livemixtapes.com it's a logical step in their own evolution to help introduce the next generation. Trap's new class will reap the benefits of being exposed to the online mixtape destination's over 2 million unique visitors monthly.

With genre-bending, rule breaking unpredictability as their calling card, it's pointless to attempt to figure out what Heroes x Villains may do next... best to just sign the waiver and enjoy the ride.