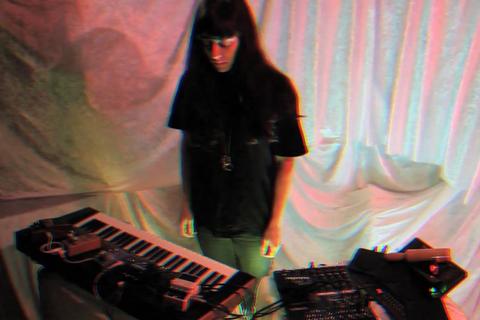 Rites Wild is one of the solo monikers of South Australian-born musician Stacey Wilson. Wilson is a multi-instrumentalist, producer, visual artist, graphic designer and owner of record label ‘Heavy Lows’. Wilson also plays in a band, Terrible Truths, and has two other solo incarnations, Regional Curse and Comfort Zones. All releases are self recorded and mixed by Wilson at home. Beginning in late 2010, Rites Wild has released 5 cassettes, a CDR and a LP, as well as featuring on compilations including ‘We Are After All Here’ from New Weird Australia. Her debut album ‘Ways of Being’ was released by Los Angeles label Not Not Fun Records in October 2012. Since her first live show in January 2011, Rites Wild has embarked upon 6 full Australian tours and a New Zealand tour in February 2012. She has been the national tour support for Sun Araw, Prince Rama and Xiu Xiu, as well as supporting international acts Wet Hair, Mark McGuire, LA Vampires, Keith Fullerton Whitman, High Wolf, Beemask, Aa and Carsick Cars.