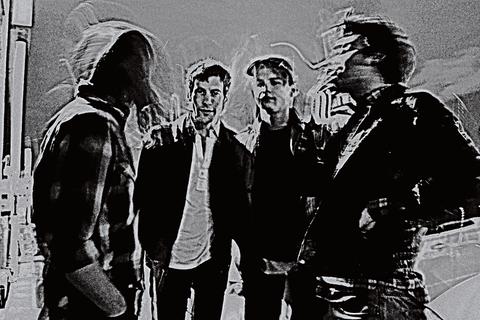 Listen to Too High for West 7th

The Longshots are a 4-piece garage rock n' roll band from Ft. Worth, Texas. Comprising of three main writers/singers. Joey Gorman-gtr/vox, Alex Zobel-lead gtr/vox, Jake Paleschic-bass/vox, with Kris Luther on drums. The sound is directly influenced by the founders of what is instinctively known as "Rock n' Roll"...everyone from Chuck Berry, Little Richard to Johnny Thunders and The Flamin' Groovies. Mixing this American counter culture roots music with the current wave of Black Lips/Strange Boys infused Garage/proto-punk...the boys have come to labeling their energetic, instantly gratifying sound as "Junk Rock". Although the band is as fresh as a new car smell, their lengthy resume helps highlight the agenda/motive of this hard working group. Since their first show together in April, the Longshots have shared bills/the stage/splits with bands such as Fungi Girls, PUJOL, Kopecky Family Band, American Sharks, Colorfeels, D. Watusi, Paperhead, Whiskey Folk Ramblers & many many more. Just 3 months after the first gig the Longshots toured to Nashville to release their split cassette with all girl punk band, BITCH BRICKS @ the notorious Zombie Shop. With huge plans in motion for 2013 & beyond...The Longshots recognize the current state of rock n' roll, and want nothing more than to add their alotted portion of greasy, muddy, love to the the re-born garage hype.
Because, to them, it is much more than hype.