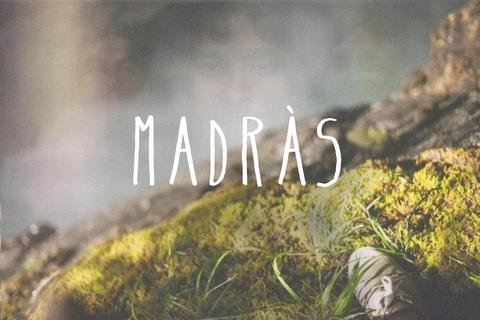 Listen to once i

"In the aftermath of romantic devastation and acute homesickness, Jeevan Antony spills his heart and soul into striking, almost haiku-like lyrics and wraps them all in exotic, spacious soundscapes. It's impossible to listen to these songs and not feel moved, perhaps even cleansed, by the artistry on display" (Star Telegram/ DFW.com)

Madràs is the project of brothers Jeevan and Mathew Antony, a pair of transnational transients who trace circuitous lines back to their hometown in India through music. Rounded out by drummer/producer Ben Hance, the trio has its feet in as many modes and genres as it does countries, from shoegaze and dream pop to folk and Tamil film soundtracks. Their first album, Things Can Change, was released last year to rave reviews in places as far afield as Fort Worth and Chennai—and elsewhere throughout the blogosphere.

Live, the band is joined by close friends Houston, Saloni, Mike, Landon, and Roby to help recreate the dramatic layers of the band's music.

Jeevan is currently soul-searching his way across India, while the rest of the band resides in Fort Worth, Texas.