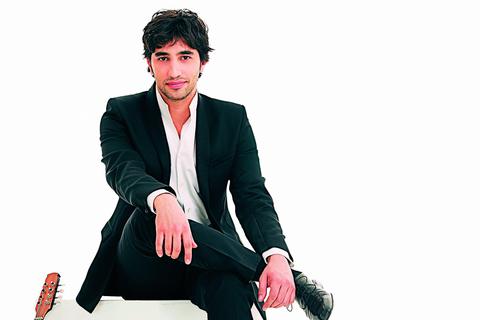 Recognized by The New York Times for his "exquisitely sensitive playing" and “stunning agility,” GRAMMY nominated mandolinist Avi Avital is one of the world’s most exciting and entrepreneurial young musicians. He is deeply committed to building a fresh legacy for the mandolin through virtuosic performance and exciting new repertoire. Haaretz Daily has described Avital’s playing as “everything you never dreamt a mandolin could do…truly breathtaking in virtuosity and dedication.”

Avi Avital is internationally regarded for his performances at venues including Carnegie Hall and Lincoln Center in New York, Berlin Philharmonic Hall, KKL Luzern, Forbidden City Concert Hall in Beijing and Wigmore Hall in London. He has appeared as soloist with the Israeli Philharmonic Orchestra, I Pomeriggi Musicali di Milano, San Francisco Chamber Orchestra and Berliner Symphoniker under the batons of Mstislav Rostropovich, Sir Simon Rattle and Philippe Entremont, among others. Avital has collaborated extensively with artists such as clarinetist Giora Feidman, soprano Dawn Upshaw, and trumpeter and composer Frank London. He has also been featured at the Tanglewood, Luzern, Spoleto, and Ravenna summer music festivals.

Avi Avital is the first mandolin player to receive a Grammy nomination in the category “Best Instrumental Soloist” for his recording of Avner Dorman’s Mandolin Concerto with Andrew Cyr and the Metropolis Ensemble. He has won numerous competitions and awards, including Germany’s ECHO Prize for his 2008 recording with the David Orlowsky Trio and the Aviv Competition, the preeminent national competition for Israeli soloists. Avital has released numerous recordings in the disparate genres of klezmer, baroque, and new classical music. Avi Avital recently signed an exclusive agreement with Deutsche Grammophon who will release a Bach album in June, 2012.

In 2012 Avital joins the Silk Road Project workshop to collaborate on a new work by composer David Bruce. He premieres a commission by Ariel Blumenthal with violinist Ittai Shapira in memory of journalist Daniel Pearl. Also slated is a live baroque concert with interactive video arts project in collaboration with Euroarts highlighting Venetian music of the 17th century.

Avi Avital is a graduate of the Jerusalem Music Academy and the Conservatorio Cesare Pollini of Padova, Italy.