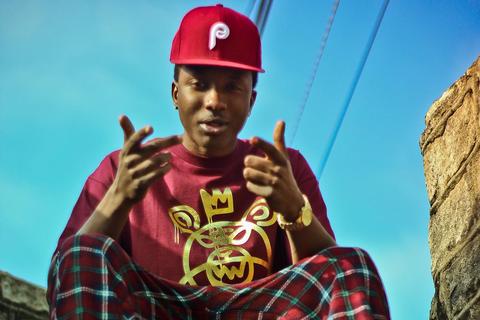 Growing up in the hustle and bustle of Atlanta, Georgia to a single mother was not all peaches and cream. However, it is the belief of Scotty that each aspect of his life has gotten him to the place he is at today; on the road to greatness. At a very young age Scotty has been prone to Hip-Hop, listening to his mother bumping the late Tupac and rushing home from school to check out the latest rhymes on YO! MTV Raps. At the age of 14, Scotty was introduced to rap by a close friend and has not stopped spitting ever since. Heavily influenced by southern Hip-Hop pioneers such as UGK, 8Ball & MJG, Scotty has deemed ATLiens by Hip-Hop Icons Outkast as his all-time classic album.
Scotty’s music is directed to each and any person who can relate, this is why it is evident he is destined to be come a household name, legendary and a movement all his own. With the overall embodiment of letting his audience know to “Be yourself; Dream and don’t let anybody tell you, you can’t be somebody.” his music will be heard throughout the world. With music such as “Honey Jack Daniels” & “No Sticks, No Seeds” & “Husslin” the airwaves should become hungry for more of Scotty. Unreleased material such as “Clarity” with DJ Burn One will surely set the mark for other Indie/Underground artist to reach.
Inspired by the perseverance of his mother, inspired by the hard-working, the humble and the accomplished, Scotty has the right mix of the makings for greatness. An advocate for community outreach, Scotty is a mentor to kids throughout the community and receives inspiration from them in return as gratification. It takes a humble person to be inspired by peers, so its no wonder when asked who are some musical inspiration names such as Dom Kennedy, Kendrick Lamar, ASAP Rocky, Cyhi, Rittz, and a gentlemen he hopes to soon hop on a collaboration with Big KRIT. With his life long motto of Stay Humble, Keep Grinding the payoff for following his own advice will be manifested in a very big way.