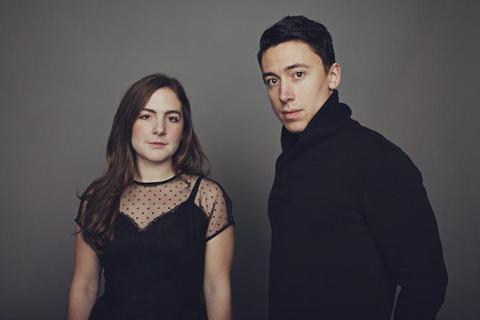 In an era of social media and self-involvement, Noah Gundersen is in many ways the antithesis of his time.

Noah's newest EP, called Family, pays homage to the people who have shaped his life. "Family comes in many forms," says Noah. "It lives with us, for better and for worse. It shapes us. That's what this album is about."

The songs on Family are consistently impressive and defy genre. Whereas roots-tinged songs like "Family" conjure up shades of a solo Ryan Adams, the sweeping and ethereal "Fire," bears similarities to the lush harmonic feats of Fleet Foxes. Perhaps the album's standout track is the pulsating "David," which combines the haunting darkness of Tom Waits with the lyrical angst of Neil Young. "The song is about who I want to be, while realizing who I am. I want to be less like my Father and more like my Dad."

Fittingly, Noah’s sister Abby, plays violin and sings vocal harmonies on the EP. Her soft voice and lush string accompaniments compliment beautifully what are a magnetic and emotionally charged group of songs. The two have been playing music together since Noah was 15 and Abby was 12, while growing up in the Seattle area. They've also performed together in the Seattle band The Courage. "The musical communication I've had with Abby is unlike anything I've experienced elsewhere. It's a really special thing. Having her with me makes me so much more confident in what I'm doing," says Noah.

Family, produced with Daniel Mendez, was released on August 6th, 2011. Made in just a short week in Dallas, TX, Family is only a brief taste of what's to come from Noah Gundersen. Production on a full length record is currently underway.

The show at Stephen F's Bar on Thursday, March 14