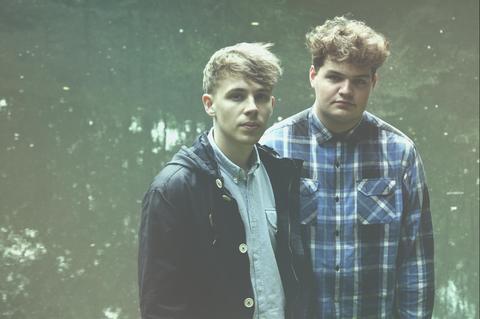 “There's an old saying,” says George Townsend, “that it takes years of work to be an overnight success.” Wise words indeed, but startling too. There's no question at all that Bondax, the duo of George plus Adam Kaye, is an overnight success – but it's kind of hard to believe that they've had years to put in the work. After all, both are 18 years old and barely out of sixth form – surely theirs must just have been a lucky break, a couple of fluke big tunes that got spread on a wave of internet hype?

Well, no – they really have put the hours in to get where they are now. “We met properly in year 11,” says Adam, “when we were doing our GCSEs. George had been producing for ages, I'd been in bands playing indie and stuff, and he asked me in to try and make some tunes. It was just fun at first, but the more we did it the more we realised... well, that we could make something quite decent!” So that's several years of George tinkering with computers and Adam learning his chops before they started working together, then two years solid of learning to work together before their tracks started getting buzz online then picked up by DJs and labels.

It's a classic story of small town isolation pushing people together and forcing them to forge their own vision. Growing up in and around Lancaster, in the picturesque but not exactly buzzing rural northwest of England, the two lads had no scene to draw from or to fit into. “It's funny that we even met, we were in very different friend groups,” explains George with a laugh, “but then in a small town you end up knowing everyone so it was probably inevitable that we ended up doing things together”

With relatively few distractions, no scene to enforce ideas of cool and uncool, and lots of time on their hands, they both absorbed music of a dizzying variety. George grew up on “folk. Lots of folk – my parents had tons of music, and I'd hear things like John Martyn, and loads of stuff I didn't even know the name of but just took in...” – then was introduced to dubstep by a cousin in his early teens and his tastes began to spread to all kinds of electronic music. Adam got into straightforward indie and rock, but quickly gravitated to those acts with a tendency to sonic experimentation, with Bon Iver and LCD Soundsystem being particular favourites.

From the age of 16, as they worked together and begun to be able to travel further afield – particularly to Manchester where they could sneak into clubs with fake IDs – their tastes naturally became more sophisticated, and they worked out ways they could differentiate the music they were making. They mention George's 17th birthday when they went out to see connoiseurs' favourite Canadian bass-house producer Jacques Greene in Manchester as a key moment, and it's easy to see how the sensual, melodic, but still soundsystem-testing post-dubstep sounds of artists like Greene helped them form the Bondax sound.

But those folk, indie and experimental influences hadn't gone away. As anyone with ears can hear listening to Bondax's highly individual tracks, only musicians with a broad understanding of harmony, song structure and lyricism could take the unusual twists and turns they do. Unsurprisingly, as Adam puts it, “it's only about 50% of the time we even have any idea what we're going to do when we go into making a track. The rest we just start and see where it goes – so it's definitely not 'let's make a club track', everything we listen to gives us ideas.” “And,” adds George, “we don't even listen to electronic music at home now we're old enough to get into clubs!”

There's one more element, though, that sets their tracks apart: the tempo. Their tracks all come in at significantly below current house music's 125+ beats per minute, yet never drag, always full of enough groove and detail to make them sensual rather than sluggish. “Why do we make slow tracks?” asks George rhetorically. “Because other producers don't!” He's only half joking too: the boys are pragmatic enough to realise that they do need to differentiate themselves, to give them a USP among the crowd of young producers. But there's far, far more to it, too: again, it's that immersion in song structure and unfolding melody that does it, that allows Bondax to drop way below the usual tempo threshold of club music but still send dancefloors overboard and get played on Annie Mac's show.

Which brings us up to the present day. When the first buzz began to explode, George took the bold step of dropping out of his A-levels to dedicate himself full time to building connections and setting the stage, so that when Adam finished his exams, they'd be able to leap in to promotion and songwriting with both feet. Already they've played across Europe, rocked festivals and clubs and met some of their musical heroes, but they know it's only just begun.

“We want to do this,” George says. “I knew I had a choice, to do my exams and do what everyone else does, or take a chance on doing something I love, going to parties, maybe building a totally different life.” And they're not just looking to the next dancefloor hit either, as Adam makes clear: “we're really conscious of not wanting to repeat ourselves,” he says, “and we want to do new things. We're only just writing our album now, but we're going to have songs, but songs treated differently so the structures aren't what you expect. It's got to keep the interest and not just be trying to do what's current.”

That's the same sense of perspective which George displayed in pointing out the work they needed to get where they are – and they both know there's a lot of work still to do. It's unusual to find any act who are so clear about what's needed to go where they want to be, let alone an act that's just out of school. But Bondax are a very unusual act, and one that's arrived just at the right time. Though they may have all the hallmarks of 2012's “bass music”, the newest production techniques, tweaks and club rhythms, there's something deeper underlying all their tracks which gives them both pop appeal and the possibility of the longevity they clearly want. It's early days, of course, but there's every chance that in years to come, they won't be looked at alongside the hip club producers of the time, but in a category with Moby, Gorillaz, LCD Soundsystem and other such acts which have taken dance grooves to the biggest stages and the widest audiences.

The show at La Zona Rosa on Friday, March 15