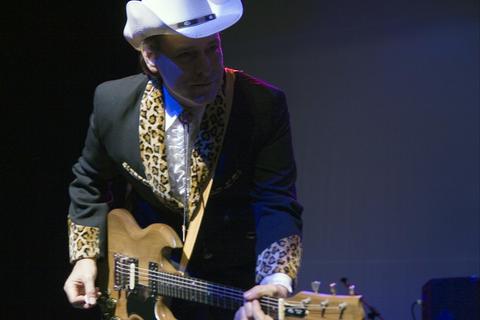 Although best known as the Guitarist for the super group HeadCat (a band he formed with Lemmy from Motorhead) and Slim Jim Phantom from Stray Cats) and his dynamic "Whitestripes of Country” duo THE LONESOME SPURS. Danny has also produced, recorded and performed with Wanda Jackson, Sky Saxon, Nancy Sinatra, Johnny Ramone, The Rockats, Levi Dexter and The Swing Cats.

As a film composer, Danny B has produced , composed and recorded 6 film scores including the number one box office film THE RAGE: CARRIE ll for MGM in 1999.