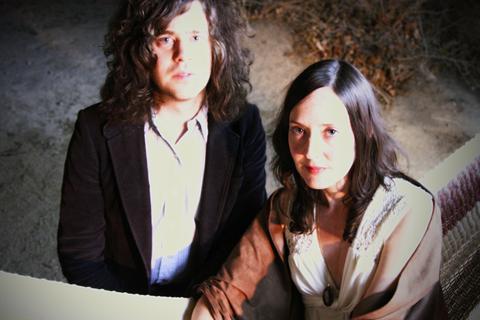 Trummors are a folk-rock duo formed by songwriter Anne Cunningham and longtime New York City musician David Lerner, best known to some for his years of work with Ted Leo & The Pharmacists. The two multi-instrumentalists focus on acoustic instrumentation, incorporating harmonium, fingerstyle guitar, and close-harmony vocals into their warm sound. Early on in the group's existence, Cunningham and Lerner moved from Brooklyn to the considerably calmer surroundings of Woodstock in upstate New York. Trummors first album, Over and Around the Clove, was released in June of 2012 and reflected their recent change of scenery with its lushly earthy songs and slightly psychedelic filter on a '70s pop sound.

The show at Stephen F's Bar on Saturday, March 16