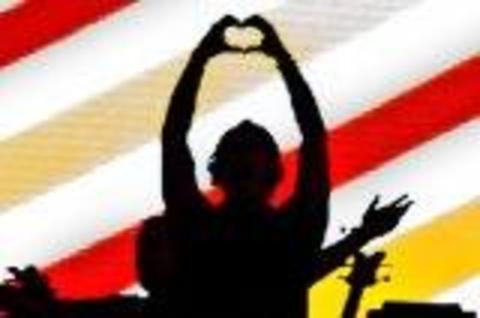 Heralded by the Village Voice as “one of the best live dance acts on Earth,” THE CRYSTAL METHOD—who is Ken Jordan and Scott Kirkland—have been known for over a decade for their enduring dance floor anthems (“Now Is The Time,” “Keep Hope Alive”), airwave smashes (“Trip Like I Do”) and a willingness to collaborate with an array of talent–including rock’s elite like Scott Weiland, Matisyahu, New Order’s Peter Hook, Emily Haines of Metric and Filter’s Richard Patrick. The duo has dominated the remix, film soundtrack, television, gaming and advertising worlds, most recently helping Victoria’s Secret drop jaws with music for a TV commercial campaign and collaborating with soundtrack heavyweight Danny Elfman for several contributions to Hollywood blockbuster Real Steel. Their platinum-status debut album Vegas (released in 1997) is one of the biggest-selling electronic albums of all time, landing them in the top five of best-selling electronic acts in America. They scored the film London as well as the themes for TV shows “Bones” and “Third Watch” and were the first act to work with Nike for their running soundtrack series. Their most recent album, the Grammy- nominated Divided By Night, was released in 2009. Look for more exciting things to come from the pair soon.

The show at Haven on Thursday, March 14