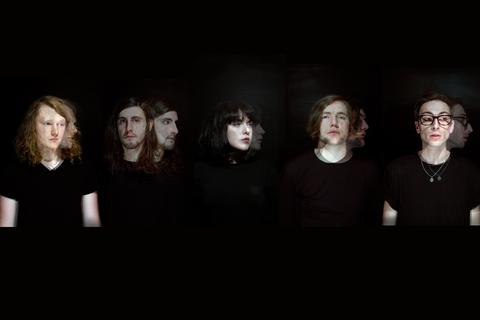 Listen to Works Better On Paper

However it wasn’t long before their melodic, melancholy songs took them to greater heights. The self-released No Hot Ashes EP garnered much local and national attention and with their self-released singles Six Wolves, Fast Fast and Dirty Lakes, the band have twice been invited to Maida Vale Studios in London for both BBC Radio 6 and Radio 1. Dirty Lakes was also included on Spotify's "Songs of 2011" list, showcasing all the best music during that term.

Within a year of playing their debut show in a small Newcastle pub, the band were invited by Michael Eavis to perform at Glastonbury 2010 on the John Peel stage alongside Foals, Florence and the Machine, Mumford and Sons and The XX.

Self described as ''melodic soundscapes slapped on driving rhythm sections'' James Hall's older sister Sarah was asked to front the band in mid 2009 gaining applause from The Guardian... "a voice that connotes angelic purity"... and Q Magazine... ''Imagine a female-fronted Shins.''

Sean Adams, editor of Drowned In Sound has become an avid fan, describing Let's Buy Happiness as... "one of the most thrilling new bands I’ve seen in years”

As well as supporting the legendary Primal Scream at Electric Brixton, LBH have toured the UK with Frankie and The Heartstrings; and We Were Promised Jetpacks, gathering a large fan base on their travels. Other supports include Idlewild, The Temper Trap, Vivian Girls, HEALTH, Sky Larkin and The Futureheads.

With a successful UK Summer Tour under their belts, followed by numerous festival appearances; shows in Dublin and Italy; live sessions for Simon Raymonde (Bella Union); a Daytrotter Session; plus warmly received, self-released single 'Works Better On Paper', as well as wooing the collective souls of the Communion Music family...

LBH are setting their sights towards the next phase of their burgeoning vision as they record their eagerly-anticipated debut album, Chants For Friends (scheduled for completion in February 2013), with renowned producer Ian Grimble in the production hot seat.

"Their debut video will make your life" NME

“Let’s Buy Happiness share the syrupy, glacial magnificence that first made The Sugarcubes” THE FLY

"A voice that connotes angelic purity." GUARDIAN NEW BAND OF THE DAY