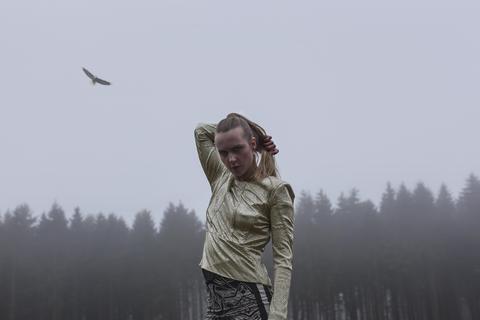 Hotly tipped Danish songstress MØ aka. Karen Marie Ørsted is stirring up a buzz throughout the global blogosphere these days. Tastemaker media such as Pitchfork, The Guardian, Fader, Hypetrak and NME wrote about her and according to many of the “Sound of 2013” lists, the 24-year old chanteuse is in for one hell of a year.

With no albums out and only 3 online tracks the 24-year-old MØ recently faced a bidding war, which ultimately led to signing with Sony for the Scandinavian territory.

MØ is currently in the studio, wrapping up her highly anticipated debut album with Ronni Vindahl of Danish producer entity No Wav. Listeners can expect a lush, warm and soulful production, however MØ brings the Scandinavian cold/cool and a street vibe edge to the songs, which makes for a sonic juxtaposition.

Her unique mix of indie, pop, hip-hop, electro and soul is fresh sounding and it genuinely sounds like MØ is fighting a battle of mixed emotions inside of herself.