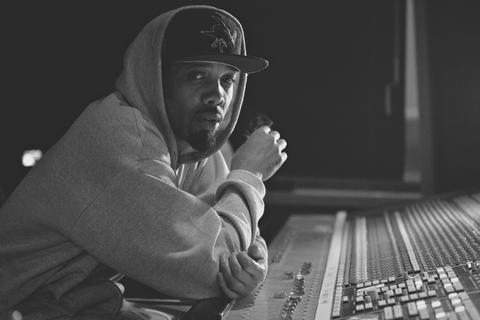 Chevy Who? Chevy Who?” might just sound like a lyric from Wiz Khalifa’s 2011 hit “Taylor Gang,” but there was a point when this was a very common question asked.

Pittsburgh, PA also known as “The Steel City,” is not your average city; it’s a city with a story to tell. Kevin “Chevy” Woods, who was born and raised in Pittsburgh, played sports all throughout high school and college, and began taking it seriously until he was introduced heavily to hustling. The early years of college saw Chevy dividing his time between hustling and rapping, leaving no time for college. Soon after dropping out of college, Chevy began spending more time focusing on rap and spent more time writing and honing his flow and subject matter.

After years of writing and recording in his home studio, Chevy traded in his keyboard for cash, to pay for studio time. While many would think pursuing a rap career is no reason to give up a chance at a serious college sports career, Woods note that his time as an athlete has paid off when rapping and performing. “There’s definitely a connection between music and sports. They are really intertwined when it comes to the mental aspect of it. It’s all about listening and reacting. It’s all about pushing yourself to do your best.”

In 2004, while recording at Pittsburgh’s I.D. Labs Studios, Chevy had an encounter with a fellow young rapper from Pittsburgh by the name of Cameron Thomaz, better known as Wiz Khalifa, that would change his life forever and the two instantly formed a bond. “Me and Wiz, we always had each other’s backs. Since we were both recording at I.D. Labs at the same time, we would hold each other down,” Chevy says of his relationship with Wiz, “even if it was just picking up Wendy’s for the other one on our way to the studio.”

At the time, Chevy was going under the alias, Kev “Tha Hustla” Woods, until one day his friends dubbed him with the new name ‘Chevy.’ “One day my homies just started calling me Chevy as a nickname. I don’t know why they did but it just started to stick. I never really thought twice about it until Wiz heard it and was like ‘That’s dope! Chevy Woods’.”

As the two continued to record, Wiz invited Chevy out on a small 2-week tour. “Once he told me that he wanted me to start going on the road with him, I quit hustling cold turkey. After two weeks, I started preparing for tour life….getting into the mental state of constantly working and writing and recording and really working on my stage presence.”

2004 also saw the release of Chevy’s first mixtape “Hustler’s Dream,” which featured music produced and recorded at both Chevy’s in-home studio and music that he recorded during his time at I.D. Labs. The motivation to take rap, from something that he did in his spare time during his early years of college, to a career came from a place of significant purpose; family. “I’m doing this for my family. It’s a different type of hustle than I was used to. There is so much more that comes with the street hustle. You have to let something go, in order to gain something new.” Woods says on working hard each day at perfecting his rapping, to support his girlfriend and daughter.

Chevy’s time on the road saw the release of several mixtapes including “Red Cup Music” and “The Cookout,”( the latter which was a joint project with Wiz Khalifa), two projects which were created and released during a pivotal time in Chevy’s career. “There was this moment between ‘Red Cup Music’ & ‘The Cookout’ where it just clicked. It was no stopping me from that point on.” Woods always stayed consistent by making music that mirrored how he was raised in the sense of his surroundings, neighborhood and culture.