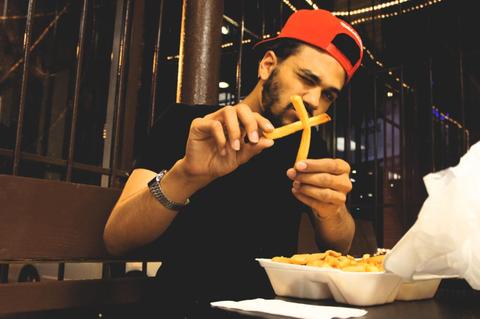 According to hip hop artist Skewby’s confidently titled 2009 mixtape, he’s been “Proving You Wrong Since 1988.” Reigning as a rapper/producer from Memphis, Tennessee, his first major move was to ignore the trend of Southern Gangsta Rap being the guaranteed method of expression. Instead, he opted to showcase his smooth flow of clever lyrics laced with catchy beats. It wasn’t long before Skewby gain
ed national attention from blogs like “Ill Roots” and “Smoking Section” who pegged him as an artist who “revives real hip hop.”

At a mere 22 years old, Skewby’s style is already being compared to current greats like Kanye West and Lupe Fiasco. Still, his talents go far beyond the microphone; since the age of 14, he’s been producing for artists like Short Dawg and Pimp C. Although he acknowledges a love of producing, engineering, and writing music, Skewby admits that his greatest rush comes from performing.

His first big break came from MTV when he performed during MTV Spring Break 2009. He went on to hook up with DJ Crumbz and headline the Red Bull Southern College Tour. In 2010, Skewby kicked off a whirlwind year by opening for the Lil Wayne Farewell Tour before performing in the 2010 Dub Car Show Tour and A3C Music Festival. While Skewby introduced the country to his movement, his hometown selected him as one of the top 20 performance artists in the Bluff City and #1 artist in the rap category (Memphis Chamber Magazine, 2009). In 2010, he was honored in various national magazines and news publications, including The Memphis Flyer, The Commercial Appeal, Concrete Magazine, and the Source Magazine.

Since gaining fans from coast to coast and releasing his widely acclaimed free LP “More or Less” in January 2011, Skewby has been featured all over the web on popular sites like Ozone, The Smoking Section, DJBooth.net, 2Dopeboyz, Cooking wit’ Grease, and hundreds of other music and personal blogs.

With the likes of 8ball, Yo Gotti, and 9th Wonder offering public support while fans encourage new listeners to join the movement, Skewby continues to redefine the game of hip hop with his confident lyricism and unmatched appreciation for the art of story-telling. Follow Skewby on his journey through music at www.somethingaboutskewby.com or on Twitter at www.twitter.com/Skewby.