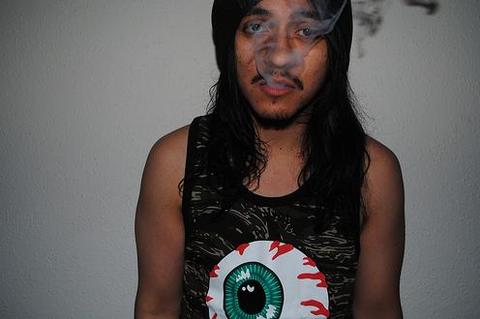 Mobbin NO Sobbin is a mantra shared by Western Tink and Beautiful Lou. As they lead raps new underground they do it on there own terms no matter what, Beautiful Lou not only provides avant-garde syrupy beats for Western Tink but has collaborated with the likes of Lil B, ASAP Rocky, RiFF RAFF, Das Racist and many more. Beautiful Lou has been hailed by Stereogum as one of the best new artist to come out this year and FADER magazine has called him a producer that will change the sound of Hip Hop. Western Tink has been hailed by the likes of Spin Magazine as part of raps new underground. His slang heavy conversation like flow bends just as perfectly to other worldy beats as they do to the hardest hitting street beats. Together along with their DJ/photographer Glazeeed they have made a name for themselves as a unique voice in rap.