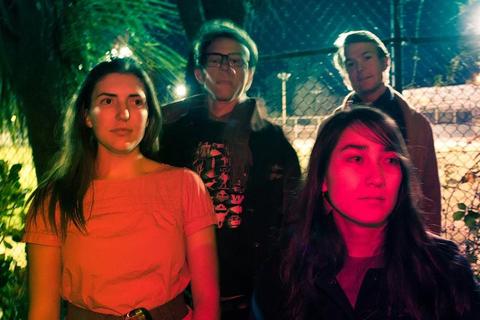 TRAILS AND WAYS are an Oakland four-piece, currently surfing a wave of breakout singles and readying their debut LP for a 2013 release. T&W makes brazilian shoegaze, drawn from the pull of bossanova, the crisp production of 90s smooth jazz, and the hypnotic drive of dream pop. Their lyrics push restlessly at the boundaries of language in intimacy and politics. TRAILS AND WAYS has two female and two male singers; in the songs, their voices weave like streams, coursing down a landscape of reverbed guitars, synthesizer glow and dance percussion.

TRAILS AND WAYS is comprised of bassist Emma Oppen, drummer/producer Ian Quirk, lead guitarist/keyboardist Hannah Van Loon, and rhythm guitar/synth player Keith Brower Brown. The four met in the ferment of the student co-op houses at UC Berkeley. Hannah and Ian had long musical training in classical, jazz and punk bands; lead singers Emma and Keith were self-trained, in years of skeletal, DIY songwriting projects. When KBB graduated, he went to live in Brazil, and got deep into the music from playing with samba groups and learning from the Joao Gilberto songbook. He came home to Oakland with a cuica and a notebook of song ideas for nylon guitar. By the end of 2011, TRAILS AND WAYS were experimenting in their bedroom studio, and had recorded and released two EPs completely DIY. Now they’ve focused their sound, locked in an electric live set, and are readying for a big year of touring, summer festivals, and a debut album.

The show at Hype Hotel on Thursday, March 14