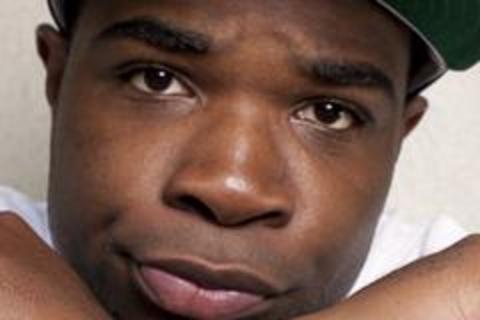 Tito Lopez’s first words tell the story. When he was less than a year old, the Gulfport,
Mississippi native was sitting in his high chair and said, “Wild, wild, west,” the chorus of a
popular Kool Moe Dee song at the time. Flabbergasted, his mother declared that one day her son
would be a rapper.
Fast forward to 2012 and Lopez’s mother’s words have proven prophetic. The Capitol Records
signee is in the midst of recording his debut studio album and has already gotten the endorsement
of Dr. Dre, Sha Money XL and the Dungeon Family, and has worked with such platinum
producers as Organized Noize (OutKast, TLC), Mr. DJ (OutKast, Common) and DJ Toomp (T.I.,
Ludacris).
Building off the momentum of a string of acclaimed mixtapes, including 2010’s King With No
Crown, Lopez rips through his new material with the precision of a lyrical sniper, deftly
balancing top-tier wordplay and punchlines with food for thought. The raw “Conversation With
Tito,” for instance, is a grimy cut where Lopez acts as though he’s talking to the listener, while
the Mr. DJ-produced “Got That Shit” features Lopez at his most optimistic.
“That’s the most carefree record I’ve got,” he says. “It’s really just supposed to be something
fun. It really was a joke. It’s the total opposite of how I was growing up. It’s like a day in your
life when everything is going right for you.”
One thing that’s always been right in Lopez’s life is his relationship with his mother. On “Mama
Proud,” he doesn’t overtly rap about her, but the chorus features a simple, heartfelt refrain: “I
just want my mama to be proud of me.”
“Whatever you’re doing in life, your basic goal is to make your mama proud,” Lopez says. “I
said a few times in the song and when we were listening to it, it’s jamming enough to go on the
radio and it’s hip-hop enough to where it’s something to build on. It’s going to flip the world on
its ear.”
Before Lopez was on his way to stardom, he had to flip his own world first. Born to a 17-yearold
mother and 20-year-old father, Lopez was a standout student. But with high grades came
considerable ridicule from his peers. In elementary school, Lopez found himself isolated,
typically finding solace in his parents’ extensive rap collection or by watching movies.
Inspired by pre-teen rappers Kris Kross, Lopez started writing his own raps when he was five.
By the time he got to junior high, he had built a small circle of friends. But he was still an outcast
in many ways and had developed a Napoleon complex, which led to a string of fights and getting
kicked out of school.
Yes, he was able to watch BET’s “Rap City” while at home during school hours, but his father
put a damper on his rap dreams by telling him that he would not be able to succeed as an artist.
At school, though, Lopez was becoming a celebrity of sorts because of his advanced lyrics and
potent flow. Getting a positive reaction from his classmates became an addiction that Lopez
chased by making and performing his raps.
Soon thereafter, Lopez turned a laser-sharp focus to his music. He graduated and started
recording material in his house. He also visited Miami and Detroit in order to soak up music
industry knowledge from some of his contacts.
By the mid-2000s, Lopez was churning out high-quality material and began presenting and
posting it to websites. In 2009, his music ended up in the hands of music industry veteran Keith
“WOK” Watts, a seasoned executive and manager.
Blown away by Lopez’s skill, fire, attitude and microphone presence, Wok traveled to
Mississippi to meet Lopez. Sold instantly on Lopez’s potential, Wok soon coordinated an
appearance for Lopez on the coveted Def Jam Cypher.
Hosted by Sha Money XL, Lopez understood the impact his performance could have on his
burgeoning rap career. “When we got there, I remember thinking, ‘This is my time to show that
this is what I do,’” he says. “‘I rap.’”
Lopez’s masterful verse and commanding performance earned him a standing ovation from the
tough-to-impress New York crowd and gave Wok even more confidence in his rising artist.
After drawing interest from Def Jam and other labels, Lopez signed to Capitol Records (via
Steve Prudholme) in June 2011. One selling point was that he was going to be a top priority at
the label. He started work on his album in September 2011, hitting the studio in Los Angeles in
September before traveling to Atlanta in October, where he worked with Dungeon Family, DJ
Toomp and Drumma Boy. He then went with Wok to New York to record there.
“Tito Lopez represents people being true to who they are,” says Wok, who has billed Lopez as
the Voice of the Underdogs. “Everything you want will come to you if you stay true to who you
are.”
Lopez agrees wholeheartedly. And he doesn’t just want to make an impact on music. He wants to
leave a legacy.
“I’ve got to be legendary,” Lopez says. “I can’t be here and gone in six months like some of
these dudes. I’ve got to be where Em is at, Jay is at. I want to be one of these dudes that makes it
for 10-plus years. There’s only a handful of them, so I’ve got to be legendary.”And he’s well on
his way.