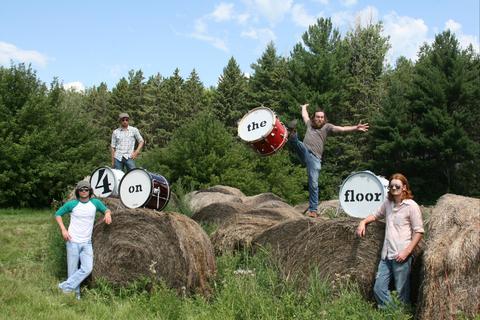 4×4, The 4onthefloor’s debut album, showcases the band’s heavy-handed (or should we say heavy-footed) rhythm section that, when paired with lead singer Gabriel Douglas’ gritty, baritone vocals, makes the listener both nostalgic and ready to drink… or maybe even fight. Through gutsy Delta–Blues and classic Americana, The 4onthefloor put their signature stomp on these classic genres with not one but four bass drums pulsing to the beat of all 16 tracks.