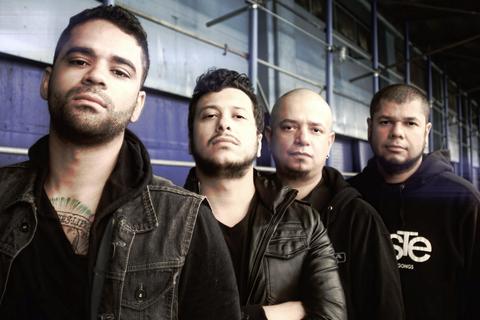 Listen to THE GOD OF ALL MISTAKES

Since they were founded in Belo Horizonte/Brazil by the guitarist Alan Wallace in January 1995, the members of Eminence have been riding high in the local Undergroundscene. Through a large national following as well as their overseas fanbase, Eminence were asked to participate in the top countrywide music contest, SKOLROCK.

Representatives from major labels and other music media outlets including MTV, Warner Music and many more voted the band winners in the state competition and third overall in the national event. This was a major achievement for a Heavy Metal band facing competition from the more mainstream genres such as Pop, Blues and Rock n Roll that always get the major attention from the mass media in Brazil.

They were beginning to get noticed on the international stage and a license agreement with Diamond Records to distribute Chaotic System in more than 15 European countries was soon to follow. In 2004 the band signed a Deal with Timeless Production from Switzerland to release the Album Humanology produced by Neil Kernon(Cannibal Corpse, Nevermore, Judas Priest).

The band line up and performances have drawn the positive attention of audiences as well as the media in all the countries they have played. The new album The God of all Mistakes( 2008) is produced by Tue Madsen (Halford, Mnemic, Dark Tranquility).
The band is working on new tracks for 2013.