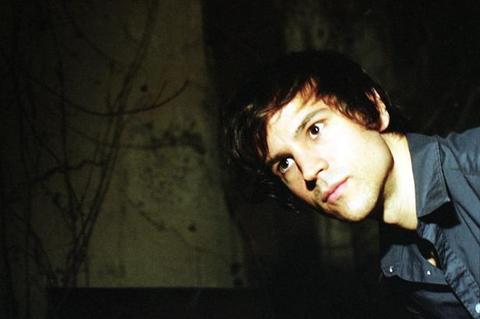 Listen to The End

Ghost to Falco is essentially the brain child of Portland, OR resident, Eric Crespo. Beginning in late 2001 as a solo project incorporating swirls of electric guitar loops, antique analog synthesizer sounds, and field recordings, he first used the moniker as a way to book shows that might score him a floor to sleep on while moving cross-country from North Carolina.

Those first few shows were fun enough that Crespo decided to keep the project going. Ghost to Falco settled into Portland and became something of an underground uniting institution, sharing bills with a diverse cross section of underground bands, which included such notables as Xiu Xiu, Deerhoof, Mount Eerie, Little Wings, and Yellow Swans. Additional band members eventually entered Ghost to Falco's fold and have cycled in and out for tours and recordings ever since. Drums, bass, strings, brass, lap steel, and woodwinds have all played a part somewhere along the way.

It's rare to see Crespo playing alone these days--more often than not it's a trio. Talented friends from the likes of Castanets, Shaky Hands, Aan, Ohioan, Eternal Tapestry, Floating Action, Caltrop, and many more have all spent time in the tour van as part of Ghost to Falco.

Ghost to Falco has performed in Paris, New York, Los Angeles, Chicago, Austin, Miami, Vancouver, Barcelona, Rome, Berlin, and about everywhere else in the United States and Western Europe. Ghost to Falco continues to tour extensively, and is hoping to add Asia and Australia to its repertoire soon.

After nearly four years of work, the fourth full length album was recently completed and will be released sometime in 2013.