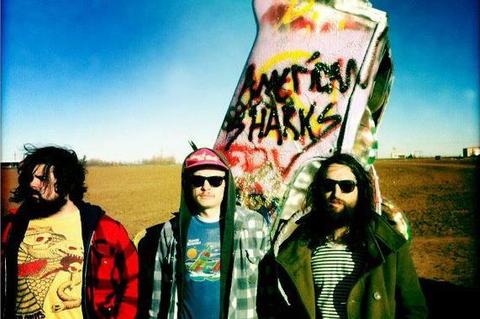 American Sharks are a fast heavy stoner fuzz band from Austin, TX. In 2012 they released their debut single "Indian Man" on 7 inch titled "VVeedVVizard" via Pau Wau Records. Their unique blend of punk rock and metal landed them on a sold out three week tour with heavyweight stoner band The Sword in December of 2012. They recently recorded with producer Bryan Richie of The Sword and plan to release their debut album in spring/summer of 2013. RIYL: Turbonegro, Queens of the Stone Age, The Bronx, Black Sabbath, Red Fang, The Oh Sees