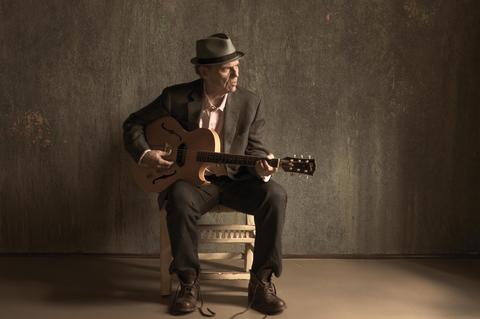 Over thirty-five years after the release of his debut album, John Hiatt remains one of America’s most respected and influential singer-songwriters. According to Relix Magazine “… John Hiatt’s star has never shined more bright” while The Los Angeles Times calls him “… one of rock’s most astute singer-songwriters of the last 40 years.” Hiatt’s latest record Mystic Pinball debuted at his highest chart position on the Billboard Top 200 chart to date and spent several weeks at #1 on the Americana Radio Chart. John Hiatt’s career as a performer and songwriter has spanned more than 30 years and everyone from Bob Dylan, EricClapton, BB King, Bonnie Raitt and Iggy Pop has covered his work. In 2008, Hiatt was inducted into the Nashville Songwriters Hall of Fame and was honored by the Americana Music Association with their prestigious “Lifetime Achievement in Songwriting Award.”