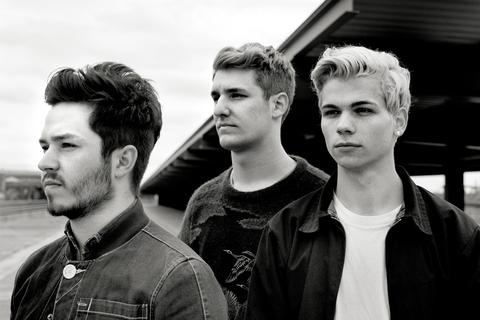 You should never take it too easy with this band. You should not fall for the temptation of lending more attention to Sizarr’s biographical buzz than to their now finished, phenomenal debut. Sure, when it all started with Sizarr in 2009, Fabian (voc), Philipp (synths, voc) and Marc (drums, percussion) were strikingly young for the maturity of the music that would soon be expected from them. And, of course, if you come up with this music in a small town on the countryside, it happens to be an unmistakable sideshow to local pop culture at the French-German border.

However, the whereabouts are not important anymore. These days, Sizarr actually are the best example for a new generation of bands. A generation of bands, who could not care less about the self-contentment of making it to the very top with the most conforming idealization of adolescent desires. Luckily, Sizarr are further ahead already. Right from the beginning, thanks to the Internet, they have been looking beyond national pop culture. Their music had to be more detached, more progressive, and more exciting right away, because boring had been around all those years. From the start it was also clear that Sizarr would better create it themselves, that their motivation and their identity would not come from the limits of a city sound or a regional niche culture, but from everywhere they wanted. This confidence made the rounds quickly. After raw versions of their first songs had circulated on the Net, they were booked on festivals. They played at the Iceland Airwaves, Eurosonic, Melt!, On3 Festival, Berlin Festival, Dockville, and Reeperbahnfestival. They toured with Kele and were booked as support for Broken Bells. They caught the attention of big labels and the press – articles were published in The Guardian and in German publications like Süddeutsche, Intro, Musikexpress, and on Spiegel Online.

And it’s this confidence that is impressively reflected on their debut album “Psycho Boy Happy”. On the one hand, the collected and filtered influences of three young music nerds, who have been on the search for sound since their earliest youth after socialization by the Warp back catalogue, Hip-hop history and the ever-valid nature of folk. On the other hand, the talent of developing new and original ideas from influences as well. Because even if Sizarr’s daily life is not thinkable without laptops and the exchange of ideas takes place rather in email inboxes than in jam sessions, they still don’t belong to the flood of producers, who think of themselves of musicians after the download of the respective production software. The fact that Sizarr actually understand what they are playing shows on stage at the latest.

Without this knowledge and security at their machines and instruments, the complexity of their sound would scarcely be controllable. The polyrhythmic textures of their songs, which equally orientate themselves by the modernistic consent-noise of Animal Collective, Four Tet or Caribou, as well as by archetypical percussive patterns of Afro beat. The synth-heavy secretiveness, which can at least be as hazy as The Knife or the later ‘Zeitgeist apostles’ of dub step. The baroque-ish brass and string arrangements. The acoustic naturalness that in their songs often is a lot more than just a decorative gimmick, but rather the all-embracing soul. And of course the Bowie-kissed, androgynous-fragile vocals that intonate the coming of age stories and their perpetual themes around love, meaning and escapism, are no less than unmistakable.

All this manifests in an album that almost seems ahistorical in its stream of mood and consciousness. Actually, Sizarr have worked on it for two years. On their own, only with the help of their friend and soul mate, the producer Markus Ganter. In one of the album’s last songs, they proclaim: “The kids take over now.” If it were not again too easy to focus on the band’s average age – after this album you could leave it at that, without comment.