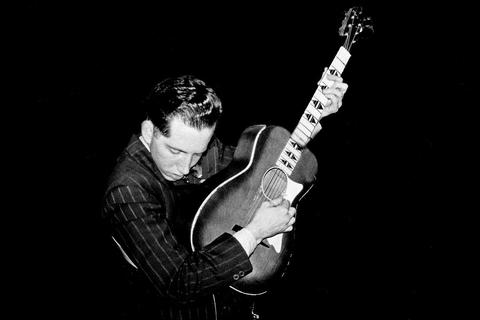 Listen to Pack It Up

Pokey LaFarge is a musician, songwriter, entertainer, innovator and preservationist, whose well-rounded arsenal of talents has placed him at the forefront of American music. Over the last decade, Pokey has won the hearts of music lovers across the globe with his creative mix of early jazz, string ragtime, country blues and western swing, all while writing original songs that ring true and fine in both spirit and sound. His music transcends the confines of genre and continually challenges the notion that tradition-bearers fail to push musical boundaries. In the past year alone, he was honored with a second consecutive Best Americana Album win by the Independent Music Awards for Middle of Everywhere, joined Vince Giordano for a track featured on an episode of HBO’s Boardwalk Empire and contributed backing vocals on Jack White’s album Blunderbuss. Pokey recently toured with Jack White through America and Canada, delighting sold-out crowds at Red Rocks Amphitheater and Radio City Music Hall, among others. Both on stage and off, Pokey’s effortless wit and approachable demeanor never fails to charm audiences, giving way to a live music experience that manages to be grandiose and unassuming all at once. His forthcoming full-length album, due out in 2013, is currently in production with help from Ketch Secor of Old Crow Medicine Show. Pokey LaFarge is on a mission, encouraging audiences worldwide to think differently about what it means to celebrate musical traditions. Simply put, Pokey explains, “It’s not retro music. It’s American music that never died."