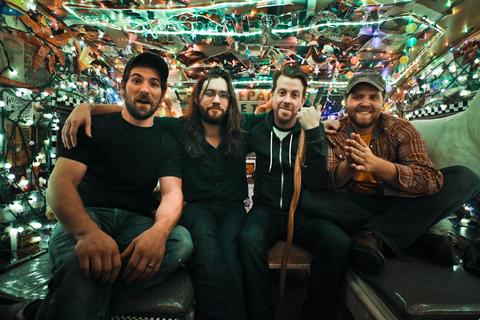 Listen to I Can't Wait

It was a dark night, like many before it in Memphis. Joshua Cosby walked home from rehearsal with his guitar slung over his back. A local homeless man flagged him down, not for money but for a story. The man explained how he had written a song about his ex-wife Micey and there, on that dimly lit street occurred an exchange, two men playing each other songs of heartbreak and the ultimate sacrifice. Upon parting ways, the displaced man revealed his name to be Star. That name became the fixture for one of Memphis’s most inventive bands: Star & Micey. The original duo are listed as two brothers without the same last name, Geoff Smith and Joshua Cosby. It was merely coincidence that the two later met Nick Redmond at a local pub and began a relationship based on music and above all, brotherhood.

Star & Micey’s self-titled debut album, released in October 2009, featured a revolving door of notable musicians that included Luther Dickinson (The Black Crowes, North Mississippi Allstars), Jody Stephens (Big Star) and Rick Steff (Cat Power, Lucero). In contrast, I Can't Wait, showcases the band's return to the musical potency of its three core members. Because when the sun sets, it is Cosby, Smith, and Redmond who will be walking home from rehearsal or driving home from a gig. Flag ‘em down for a story, they will probably share a few songs too.