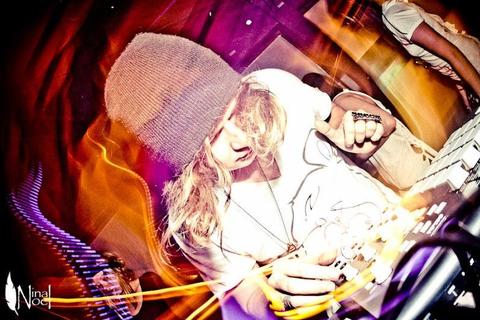 Boris Gladkikh, aka Gladkill, has been on a meteoric rise in the electronic music scene since he first began playing live in 2009. Through his tremendous work ethic and tireless touring schedule, Gladkill has already played for massive audiences on the stages of large-scale music festivals such as Coachella, Lightning in a Bottle, Symbiosis and Envision in Costa Rica. Winning over new fans at every stop with his refreshing style of dance music, Gladkill’s Fall 2012 tour marks his biggest to date as he travels North America alongside acclaimed bass music peers Gramatik and Bassnectar.

Originally hailing from NYC, Gladkill now resides in Oakland and is part of Headtron, where the versatile young producer’s music fits perfectly alongside the other talented artists that make up the collective. Refusing to stick to the comfort of making one style of music, Gladkill has rewarded audiences through the sheer diversity of his productions, as he deftly moves between dominating dance floors with his sexy, crunked-out club bangers, as well as captivating home stereo speakers with more downtempo and melodic material.

On the recently released free EP, ‘Perception,’ Gladkill treated fans to some exclusive white label remixes of artists such as Drake, The Dream and Mariah Carey that have become crowd favorites during his recent live sets. But with ‘Beta,’ his brand new EP of all original music, Gladkill showcases his most mature and sublime work to date. With a heavier emphasis on songwriting and song structure, Gladkill is aiming to make music that will stand the test of time as he gears up to release his anticipated debut artist album in early 2013.

When you listen to Gladkill’s music or see him perform, you’ll discover an artist who’s trailblazing his own path between the sheets of cool bass lines and ethereal melodies. In an era where disposable dance music is big business, Gladkill makes anything but.