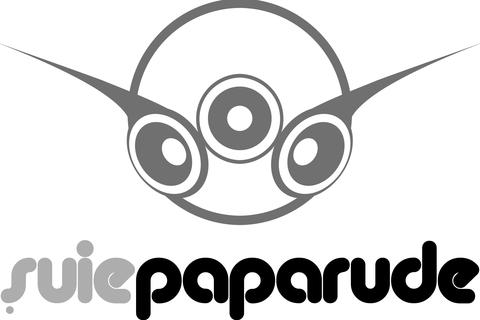 The first releases by Suie Paparude - between 1995 and 1998 ( the first LPs Suie Paparude (1995) and Salveaza-te (1997), and the 1998 EP Musca) wear engraved in their soul and tempo the rave period harmonic curves of percussion and rhythm electronics that go beyond the membranes of the decade’s speakers. An aggressive yet gentle start, like a firm embrace.

The album Urban (2000) is foreplay for the new millennium. It magnetizes its listeners by synth pirouettes, powerful echoes of trance music played against the beat that has become the Suie Paparude trademark: once the kick-drum goes off you are pretty sure it’s Suie you are listening to. The harmonies surrounding it are a veil that amplifies the mystery of the beat – an aggressive panzer with a flower on its armour.

2005 means the first # 1 radio hit, "Pentru inimi", which was an instant party anthem perfectly in sync with the breaks/breakbeat blood of the album Scandalos. Despite allowing for a moment’s rest now and then, the trip you embark on with this album is a dancey one, your feet constantly moving.

A fost odata LP in 2008 is infused with Electronica acid, while on the bright side the LP is covered by the breaks reverberations of the previous album.

The latest LP released in 2010, E suflet in aparat (“Soul in the Machine”, as this would be translated into English), brings us, like all previous ones, to a fact turned axiom: an album released by Suie is never mono-genre or monochrome. Quite the contrary, slow Electronica cohabitates with hard beats in a symbiosis powered by Suie Paparude, which is unravelled, learned, accumulated with every album played. Dreaminess, electronic serpentine, a panzer-esque bass, and at times the percussion of a metal drummer.

All this governed by the “Soul in the Machine” since 1995. And counting.