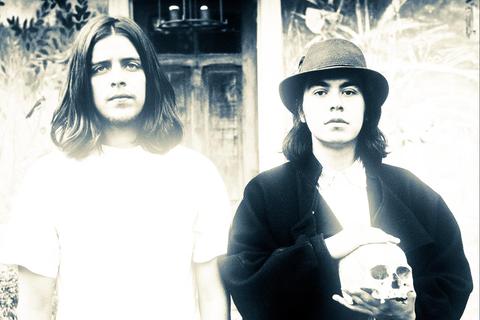 With a sound that evokes the dreamlike natural wonders of their homeland, duo the Holydrug Couple are a part of the burgeoning psychedelic rock scene rising out of Chile. Based in Santiago, members Ives Sepúlveda and Manuel Parra have cultivated a drifting, bluesy sound that weaves a gentle, repetitive tapestry of guitar, drums, and vocals around the listener, softly enveloping them in layers of melody. The pair made their debut in 2011 with their first LP, the self-released Awe, before quickly getting the attention of the eclectic, Brooklyn-based label Sacred Bones, where they released their Ancient Land EP the following year. In early 2013, the pair emerged from their home studio with Noctuary, their first full-length for Sacred Bones.

The show at Holy Mountain on Saturday, March 16