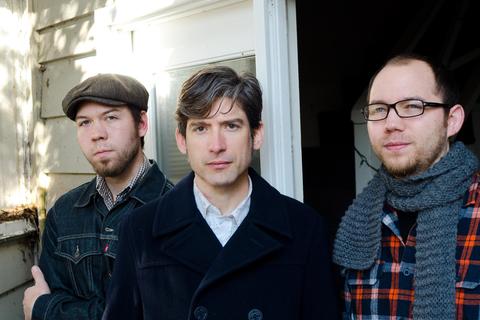 Listen to Into My Future

Colin Gilmore grew up in Lubbock, Texas, spending many nights as a child in nightclubs like Stubbs, where he witnessed songwriters like Joe Ely, Terry Allen, and his own father, Jimmie Dale Gilmore, bring the stage to life. He developed a taste for Buddy Holly, Townes Van Zandt, and bands like The Clash and The Pogues. For 13 years, Colin has been informed by these observations, writing songs and playing under his own name.
His last album Goodnight Lane won fans across the world and critical acclaim, including 4-star reviews in Mojo and Uncut. The songwriting style he is creating has developed at its own pace and has emphasized uniqueness and truth above immediate public response. His star quality, both in live performances and songwriting, is understated but real. And he's just getting started.
Colin's upcoming album marks a departure from Goodnight Lane, sonically and stylistically. The recordings are happening in Austin and Chicago, under the direction of Rob Seidenberg and Tim Bennett, respectively. The album features two songs by Colin's lifelong friend Johnny Walker, of Archive War and Ignorance Park. It will feature a string section by Will Taylor and Strings Attached, guest vocals by Amanda Shires, Sally Allen and a host of other talents. Colin has also collaborated with his Chicago-based band on one song, which points to the way in which his travels are shaping his overall act. His tours in the US, Japan and Italy, and the crowd responses in all of them, prove that Colin has a rare gift that cuts across styles and cultures.