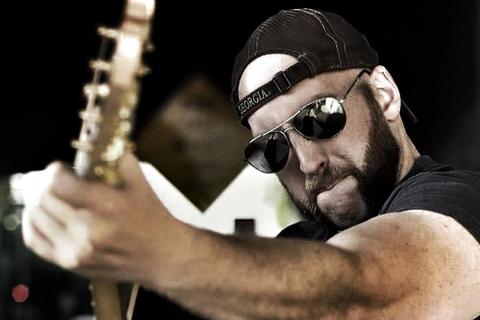 Unlike the mass of young country singers cropping up today, Ben Dukes is not concerned with pandering to the pop-country vibe. His lyrical content and style bend much more to the outlaws of old, and honky-tonkers like Hank Williams Junior than the frat-boy country style. His music is honest, real (at times a bit too much so), but it is uniquely his own. He is every bit the "Spectacular American Artist" he was dubbed by Late Late Show Host Craig Ferguson.

Dukes began his musical career after the death of his father. He wrote a song, "I Can't Pray" in the days that followed, and that song drove him to pursue music for a living. At the urging of a friend, Dukes cut the song, and it was played thousands of times via Youtube and Myspace channels as well as other internet outlets. A video Dukes shot on a simple Canon Elph camera found airtime as part of GAC's "Next GAC Star" competition in 2008. Later that year, Dukes opened for the legendary Western Swing band, Asleep at The Wheel. Over the past four years Dukes has entertained crowds across the Los Angeles basin, and in surrounding states as well. His high-energy show never fails to get folks onto the dance floor as he entertains with a combination of beer-drinking honky tonk and heartfelt ballads.

In 2012, Dukes released an EP, "Down In Flames", and had his national television debut playing the song of the same name on The Late Late Show with Craig Ferguson. Dukes is currently developing his first full-length LP, tentatively titled "Walkin Thru Hell". He will release the album in conjunction with his appearance at SXSW, and plans to tour the Southern states following the release.