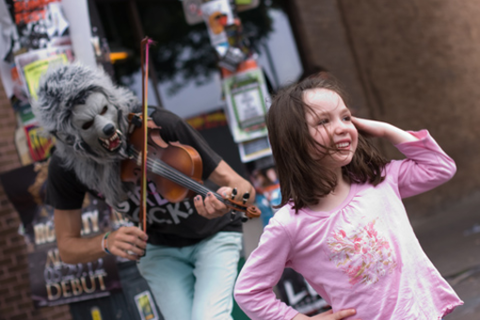 Beatles vs. Stones. Pop vs. art. Indie or mainstream. Rockist or poptimist. For decades, music culture and criticism has been built on such binaries, with artists trapped in the middle. This panel would explore why, in the era of iPods and infinite access, we still have trouble embracing different kinds of music and musicians as equals, drawing on controversial examples like Lana Del Rey and Nicki Minaj and the arbitrary elitism of sites such as Pitchfork. We'll discuss how the concept of "authenticity" hurts adventurous artists, and how cultural capital and the fear of being uncool are holding us back from becoming truly open-minded listeners.


David Greenwald is the Oregonian's pop music critic and the founder of Rawkblog. Previously an editor at Billboard and the Los Angeles Times, he has written for publications including Rolling Stone, GQ and the Atlantic. "Be Your Own Tastemaker" is his third SXSW panel.


Simon Vozick-Levinson is an associate editor at Rolling Stone. His writing has also appeared in publications including Entertainment Weekly, the Boston Phoenix, and Self-Titled.