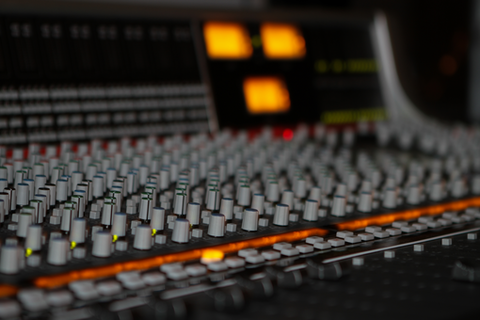 The song is the key to everything in music Lyrics, melody and song structure often make the difference in achieving a "hit." Small changes have big effects on the song. Seasoned studio and label professionals explore the ways they work with artists to make memorable songs.


Writer/Producer living in Nashville and Los Angeles
Hits include:
"I've Got A Rock n' Roll Heart" by Eric Clapton
"According To You" by Orianthi
"Consider Me Gone" by Reba (biggest hit of her career)
"I Can Love You Like That" (song of the year)
"Let Me Let Go" Faith Hill
"Not A Day Goes By" Lonestar
Emmy award winning writer whose songs have been nominated for 6 grammys.
End title song for new Weinstein film, Escape From Planet Earth recorded by Delta Rae as well as over 25 songs placed in films.
Title cut of new Tenors CD.
Additional Songs recorded by Britney, Ray Charles, Backstreet Boys, Miley Cyrus, Brooks and Dunn, Paul Rogers, Pussycat Dolls, Kelly Clarkson, Vince Gill, Willie Nelson, 38 Special, Nikka Costa, Maxi Priest, Johnny Van Zant, Westlife

Marti Frederiksen, a native of Los Angeles, started his career as an artist playing drums, guitar and singing lead vocals in several signed alternative and rock bands in the 80s and 90s.

Over those years in bands he stood out as a songwriter and producer, catching the attention of legendary A&R executive, John Kalodner, who introduced him to his now longtime collaborator, Aerosmith. He co-wrote and produced “Just Push Play” also giving him his first taste of worldwide songwriting success with “Jaded.” This paved the way for writing with Def Leppard and Mick Jagger, then producing “Cry” by Faith Hill, and working with Sheryl Crowe, Pink and Eminem.

He’s now an award-winning songwriter/producer crossing all genres with hits such as: Ozzy Osbourne’s “Dreamer,” “Sorry” by Buckcherry, “Love Remains the Same” by Gavin Rossdale, Carrie Underwood’s “Undo It” & “Mama’s Song,” and “Crawling Back to You” by Daughtry.

Marti currently resides in Nashville where he continues to write, produce and perform.