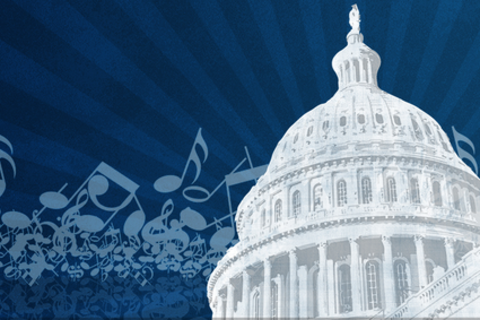 Elections are exciting but the policy process never ends. From effective copyright enforcement to protecting and growing the noncommercial radio infrastructure, to facilitating a competitive broadband marketplace, to rethinking the relationship between economic development and local music scenes, Federal officials are confronting a range of difficult questions that directly impact the music community. Leading policymakers will discuss issues of importance to the music community and how the public can help shape these policies.

Michael Bracy is a partner in the government affairs firm Bracy Tucker Brown & Valanzano. He also co-founded the Future of Music Coalition and currently serves as a board member and Policy Director and co-owns Misra, an independent record label.

Michael is known for his policy work in front of Congress and the FCC, including media consolidation, radio regulation (including Low Power FM), and ensuring public interest principles are at the heart of the legal structures that will help dictate new technological frameworks. Michael is a recognized public advocate both for the music community and for the need for increased citizen participation in the policy process. He has testified before the Congress and the FCC, and speaks often on these issues at conferences and in the media, including CNN, MSNBC, National Public Radio, Washington Post, New York Times, Billboard and elsewhere.

Michael attended Georgetown University, where his courtship with his future wife, Kelly, began in earnest when they co-hosted a radio show on the campus station. After graduation, Kelly and Michael spent seven years in Seattle, where Michael worked in the educational communications field specializing in producing and directing live, interactive educational and government television programming. Kelly and Michael have three children, Eliza, Sophie and Owen, and live in Arlington, VA.


Jessica Rosenworcel was nominated for a seat on the Federal Communications Commission by President Barack Obama and on May 7, 2012 was confirmed unanimously by the United States Senate. She was sworn into office on May 11, 2012.

Commissioner Rosenworcel brings a decade and a half of public sector and private sector communications law experience to her position at the FCC. This experience has shaped her belief that in the 21st century strong communications markets can foster economic growth and security, enhance digital age opportunity, and enrich our civic life.

Prior to joining the agency, Commissioner Rosenworcel served as Senior Communications Counsel for the United States Senate Committee on Commerce, Science, and Transportation, under the leadership of Senator John D. Rockefeller IV. She previously served in the same role on the Committee under the leadership of Senator Daniel K. Inouye. In this position, she was responsible for legislation, hearings, and policy development involving a wide range of communications issues, including spectrum auctions, public safety, broadband deployment and adoption, universal service, video programming, satellite television, local radio, and digital television transition.

Commissioner Rosenworcel is a native of Hartford, Connecticut. She is a graduate of Wesleyan University and New York University School of Law. She lives in Washington, DC with her husband Mark, and children Caroline and Emmett.

Jacqueline Charlesworth Sr Counsel to the Registrar US Copyright Office