Who Cares If You Have an Audience? 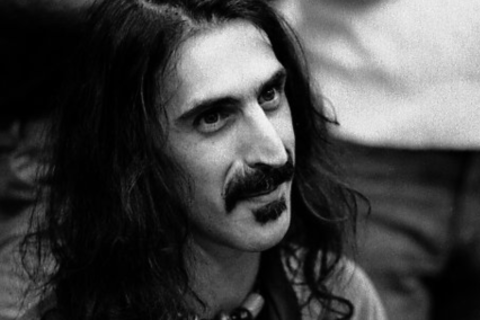 In 1967, Milton Babbitt wrote a famous article "Who Cares if You Listen?" arguing that modern music had reached such a high level that laypeople were no longer qualified to appreciate it. The ensuing controversy raised basic questions about the artistic endeavor: WHY do we create, FOR whom, and with WHAT expectations? Today, popular artists face these exact same issues as their predecessors in the avant garde did a generation ago. As music becomes commoditized and acclaim comes in tiny Facebook "likes", it begs the question: what are we creating for?


A member of the band SHOES since 1974 along with brother John Murphy and Gary Klebe. Started home-recording and pressing records on the band's indie label, Black Vinyl Records in 1975. Signed with Elektra records in 1979 thru 1982. Appeared in 4 music videos featured on MTV's first day of operation.

Along with the other members of SHOES, built and ran the commercial recording studio, Short Order Recorder from 1983 thru 2004. In addition to recording and releasing 17 albums with SHOES, produced and engineered releases for Polygram (Material Issue) and Island (Local H) as well as dozens of other indie artists.

Co-owner and COO of Black Vinyl Records since 1987. Managed wholesale and mail-order distribution, as well as manufacturing coordination.

In 2007, released the solo album, Cantilever and a book entitled, Birth of A Band, The Record Deal and the Making of Present Tense.

Guest speaker/panelist on numerous college and music panels, including adjunct instructor at Tribeca Flashpoint Academy in Chicago (2009-2010) and The Kenosha Conservatory of Music in Kenosha, WI (2011).


Occasionally rising into the limelight like a proper Canadian phoenix, Siberry has been steadily making musical offerings  above and below the radar since 1981. Fifteen CDs to be exact. These have been released on both large labels and small. (Warner/Reprise, A&M, Windham Hill and Jane's own label, Sheeba).

After releasing Shushan the Palace, in 2006, Siberry changed her name to 'Issa' for three years. ‘I felt like I was suffocating on some level.’

Her preferred mode for live performance is 'Carnegie Hall or living rooms'. This has led to a highly successful series of house concerts bringing her to parts of the world in which she would not normally have an opportunity to perform. Her fans are thrilled.

She recently completed the fourth part of a trilogy with New York producer, Peter Kiesewalter.

Siberry is known for her original and adventurous musical vision and her independent journey has contributed to new models for operating as a musician. Although she has been working as a professional musician for a substantial time, Siberry maintains that she is 'inching her way towards her prime and expects there to be further delay'.

• Siberry has worked with many artists including Peter Gabriel, Brian Eno, k.d. lang, Emmy Lou Harris, Indigo Girls, David Byrne and Notona Fellsbeetle
• Her song 'Calling All Angels' was recorded as a duet with k.d. lang and has been used in various films (Wim Wenders 'Until The End Of The World'; 'Pay It Forward', etc). T.V. shows such as 'Six Feet Under' and 'Deadwood' have also used it.
• Most recent releases: 'Three Queens' Trilogy including Dragon Dreams; With What Shall I Keep Warm?; Meshach Dreams Back
• Upcoming release:  Consider The Lily'
• 'Self-determined pricing' is the business model for downloading the Siberry catalogue at her website janesiberry.com


Called “the quintessential modern composer” by the London Independent, Austin-based composer-bandleader Graham Reynolds creates, performs, and records music for film, theater, dance, rock clubs and concert halls with collaborators ranging from Richard Linklater and Jack Black to DJ Spooky and Forklift Danceworks. Reynolds music has been heard through-out the world on TV, on stage, in films, and on radio, from HBO to Showtime, Cannes Film Festival to the Kennedy Center, and BBC to NPR. He recently scored “Bernie” featuring Jack Black as well as the Hulu TV series “Up To Speed”, and his score to the Robert Downey, Jr. feature "A Scanner Darkly" was named Best Soundtrack of the Decade by Cinema Retro magazine. As bandleader of the jazz-based but far reaching Golden Arm Trio, Reynolds has repeatedly toured the country and released four critically acclaimed albums. As Co-Artistic Director of Golden Hornet Project with Peter Stopschinski, Reynolds has produced more than fifty concerts of world-premier alt-classical music by more than sixty composers, as well as five symphonies, two concertos and countless chamber pieces of his own. He is a company member of the internationally acclaimed Rude Mechs and resident composer with Salvage Vanguard Theater. Reynolds last released two albums simultaneously: “The Difference Engine: A Triple Concerto” and “DUKE! Three Portraits of Ellington” on Innova Records with distribution by Naxos, the world’s biggest classical label. Over the next three years, Graham will be composing an extended commision for Ballroom Marfa called “The Marfa Triptych: Three Portraits of West Texas”, including a suite for western swing big band, a concert of solo layered-piano, and a mariachi and nortec inspired chamber opera.