The Promise Land: Can Africa Save The Music Biz? 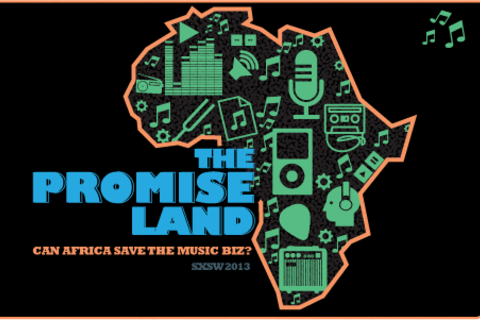 Africa’s perceived need for aid and assistance has been a hot topic for decades. Less of a talking point is the wealth of opportunities that exist on the continent. Africa is home to the largest youth population in the world and its growing middle class includes 313 million people or 34 percent of the total population. These trends make apparent Africa’s huge market potential. Consider the continent’s increased access to broadband and mobile music platforms penetration of the market, and it becomes clearer the opportunities that exist in doing music business on the continent. Hear about what Africa’s growing economy and youth population mean for the music industry, as well as the partnership opportunities that exist locally for foreign investors, artists and record labels.


Ngozi Odita is founder of Society HAE (SHAE) an online media site and production company that promotes emerging art and culture from a global perspective. Odita serves as SHAE’s Creative Director and Executive Producer. In the role of Creative Director she leads a small but awesome group of writers and digital creatives. As a collective Odita and her team produce video shorts and articles for www.societyhae.com that focus on fringe artists, new ideas, cultural events, style and music. As Executive Producer, Odita works with artists and arts organizations to produce public programming that includes art exhibitions, film screenings, concerts & artist talks.

Odita is also the founder of AFRIKA21, a media and production outfit that takes a multidisciplinary approach to promoting a new vision of Africa in the 21st Century. AFRIKA21 produces online content, multimedia events and public programming with the expressed purpose of reframing the conversation around Africa, creating awareness of the opportunities that exist on the continent and encouraging collaboration. As a consulting agency and production house, programming includes Social Media Week Lagos, AFRIKA21 Radio, an on-going panels series at the annual South By SouthWest Conference and The AFRIKA21 Mixtape Project. AFRIKA21 works with institutions, organizations and brands looking to engage Africans on the continent and in the diaspora.


From inception to date Michael Ugwu has overseen the development and growth of the iROKING.com platform as CEO of iROKING Ltd under the iROKO Partners umbrella. Michael oversees a team of 20 staff spread between the Lagos, London and New York offices.

iROKING is successfully re organising Nigerian music distribution via iROKING.com, Youtube, iTUNES and Amazon as well as several digital distribution partner platforms. In less than 18 months Michael has grown the business to 150+ managed Youtube channels, delivering on average 20 million video views a month.

Michael has championed the spread of indigenous music across the globe, creating links to support the growth of the Afrobeats movement via Tours, press, partnerships as well as a deep passion for the developmental opportunities brought forth by the Nigerian entertainment sector. Michael has invested in several businesses within various parts of the entertainment ecosystem, most recently becoming Director of Giddimint.com, Nigeria's first online urban fashion aggregation store

From a technical perspective Michael has overseen the development and deployment of the iROKING web, mobile application and mobile website platforms reaching 500,000 registered users to date.

iROKING has no peer in the battle against piracy and renumeration of music artists on the continent, using its global reach and resources to protect content and deliver value.

An entrepreneur and hustler at heart he wants to connect great Nigerian music with passionate fans around the world.


Audu is the Founder/CEO of Chocolate City Group a media /entertainment company founded in 2005. The company has made giant strides both locally and internationally.
Chocolate City is one of the biggest entertainment brands in Africa with some of Nigeria’s biggest artistes including M.I,Jesse Jagz, Ice Prince, Brymo, Dj Caise, Pryse etc. On the 29th of June 2007, Audu won the highly coveted British Music Award i.e. International Young Music Entrepreneur of the Year (IYMEY) 2007 for his work in Chocolate City after beating off fierce international competition from Egypt, India, Indonesia, Latvia, Lithuania, Malaysia, Philippines, Poland and Tanzania. He received a special judges commendation as well as 15,000 Dollars as prize money.
Audu has received both local and international commendations for his work in developing the youth including being invited to Albania in 2008 to deliver a keynote speech at a seminar organised by the Albania Ministry of youth and Employment.
At the inaugural edition of the United Kingdom Young Music Entrepreneur (UKYME) 2008, Audu was nominated to serve as a judge alongside 4 other British Music industry heavyweights.
In December 2011, Chocolate City Group was named winner at the prestigious Africa Awards for Entrepreneurship 2011 in Nairobi, Kenya. Chocolate City was selected from over 3,300 applicants from 48 African countries to clinch the coveted prize.
He is a board member of the Copyrights Society of Nigeria (COSON), CDNET and most recently the Subsidy Reinvestment and Empowerment SURE P.