A Meet Up for Collaborators 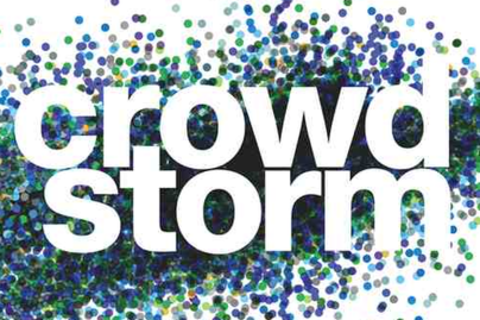 Join Toby Daniels, Co-founder and CEO of Crowdcentric and Shaun Abrahamsom, author of recently published book Crowdstorm for a meetup during SXSW Interactive. This gathering will bring together innovators, thought leaders and practitioners who are positively impacting the world through open innovation, collaboration, co-creation, crowdfunding and crowdsourcing.

Shaun is an investor, author and advisor, specializing in organizations newly possible as a result of internet technologies. He founded Mutopo to help global organizations benefit from crowdsourcing business models. His seed fund, Eigen Value, has invested in some of todays most successful startups.

Crowdstorm, his first book, is a guide to using our new, large scale online connections to find and evaluate great ideas. He teaches classes online and at NYU and the Wharton school and has contributed to publications such as the Economist Intelligence Unit and Huffington Post. His work has been featured in publications such as the New York Times, Fast Company and the Economist.

He studied electro-mechanical engineering at the University of Cape Town, researched Product Development at MIT CADLab and has an MBA from Berlin School of Creative Leadership. He grew up in Cape Town, grew a new accent in NYC and now calls Miami home. He is Papai to Max & Oli and married to Andrea.


Toby is the co-founder and CEO of New York based Crowdcentric.

In addition to consulting on collaboration, co-creation and open innovation, Crowdcentric also owns and operates Social Media Week, the world's largest event that explores the social, cultural and economic impact of social media and technology.

Crowdcentric also recently launched The School of Emerging Media & Technology, a new education marketplace that connects the worlds greatest leaders and experts in emerging media and technology with individuals who need to gain critically important skills and knowledge for their work.

Prior to Crowdcentric, Daniels headed business development for Mint Digital’s North American operation and before that he was the Managing Director of Online Creative Communications, a London based digital agency, which he managed for 7 years.

He has been featured extensively in mainstream and trade media, including articles on CNN.com, The New York Times, The Huffington Post, The BBC, PSFK and Fast Company.

In addition to his professional endeavors, Toby is also a passionate contributor to a number of non-profit organizations, including CampInteractive, for which he serves as a senior board member.

Toby is also on the board of the Reisenbach Foundation and serves as a chair for the G8 Young Leaders Summit, whose mission is to engage the leaders of tomorrow to help one another achieve a better world in which we live.