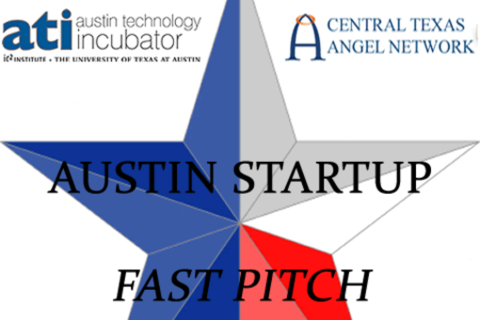 Presented by the Austin Technology Incubator (ATI) & the Central Texas Angel Network (CTAN), Austin Startup Fast Pitch (ASFP) is a fast pitch competition for Austin-based startups with revolutionary ideas looking for funding. We will select five finalists to present to a hometown panel of corporate, angel, and venture investor judges in front of a well-connected audience at SXSW 2013. The Austin Startup Fast Pitch winner will receive free entry into a funding cycle of CTAN, one of the most active angel groups in the US and a 6 month membership into the ATI portfolio, whose members & graduates have raised a collective $250M over the past 5 years.


Bril is an experienced Technology and Media Executive. He is an active early-stage/angel investor. He also assists a number of Austin-based startups, particularly in the mobile arena.

Bril’s management career began at Bain & Co., where he was a Consultant and Engagement Manager. Following Bain, Bril was Vice President of Strategic Planning for the North American division of EMI–Capitol Music in the mid-90s, its most profitable period ever.

Following EMI, Bril built and organized the Corporate Planning department at Dell Computer, helping the company grow from $7B in revenue to $30B. He was also VP of Planning and Finance for Worldwide Operations at Dell, including manufacturing, distribution, and procurement.

Bril joined Apple Computer in 2003, just prior to the launch of the iTunes Music Store. He led the 100-person organization running the Demand/Supply Planning function for all Apple and Mac products and the Americas Finance team.


Director of IT/Wireless/Development portfolios, Austin Technology Incubator, Kyle advises startups and works across campus with multiple courses. Decade of expertise as venture capitalist, board member, CEO, consultant for technology & healthcare companies, including WebMD and St. Jude Medical. He is also an angel investor with PostOakVentures, serves on boards of ATXHealthTech, MindPOP and is currently training for his 2nd Ironman.