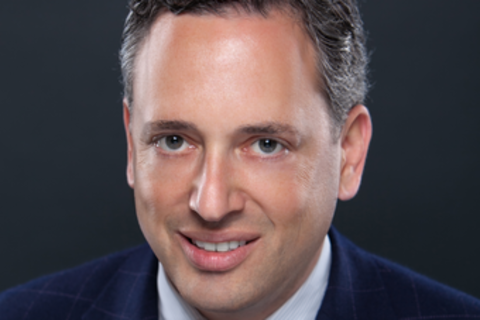 Building a successful startup and taking it through a successful exit is not easy. Yet David Sacks has done it twice – as the COO of PayPal, he took the company from product launch to IPO and $1.5 billion acquisition by eBay, and in July 2012 Microsoft purchased Yammer, the enterprise social networking company he founded, for an impressive $1.2 billion.

As a serial entrepreneur, investor, producer of the movie “Thank You for Smoking” and member of the “PayPal Mafia,” David has learned what elements are crucial for building a successful venture and is often at the bleeding edge of technology innovation.

Join David and Jason Calacanis, founder of LAUNCH.com and the LAUNCH Conference, while they discuss what it takes to create a disruptive startup in today’s market, lessons learned during David’s time at PayPal, his advice for entrepreneurs, as well as the current and future state of innovation in Silicon Valley.


David has been involved in the Internet space for more than 10 years as an entrepreneur, executive and investor, starting with PayPal in 1999. He was PayPal's chief operating officer and product leader, taking the company from startup to IPO and eventual sale to eBay for $1.5 billion. Subsequently, he founded Geni.com, a genealogy website that enables millions of family members to collaboratively build an online family tree. He also produced and financed the movie "Thank You For Smoking." David recently sold Yammer to Microsoft for $1.2 billion.

David holds a B.A. in Economics from Stanford University and a J.D. from the University of Chicago Law School.


Jason McCabe Calacanis is the founder and CEO of Mahalo.com, an educational app company. He also co-founded This Week In, an online TV network where he hosts the network's flagship show, "This Week in Startups." Calacanis previously founded the Silicon Alley Reporter (sold to Dow Jones) and Weblogs, Inc., which created Engadget, Autoblog and Joystiq. AOL acquired Weblogs, Inc. in 2005, and Weblogs became the cornerstone of its content strategy. An active angel investor, Calacanis has invested in 25+ startups, including Uber, GDGT, Rapportive (acquired by LinkedIn) and Gowalla (acquired by Facebook). Most recently he founded the LAUNCH Festival, after three years of creating and hosting TechCrunch50. The event has featured 300+ startups launching in front of thousands of industry leaders. Alumni include Yammer, Mint, Dropbox, Fitbit and Room 77.