The Next Frontier for Digital Health 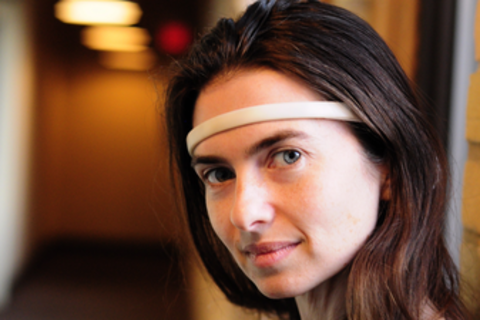 Digital technology is transforming how we connect and self-soothe our body in amazing ways starting first with the core of our system, the brain.
The emergence of brainwave-enabled products that share feedback on your brain activity to improve your overall health and wellness is the next wave in how we monitor and improve our health at home. Beginning with the convergence of mobile, neuro-technology and gamification, there is an entirely new set of technologies and devices about to come onto the market that will have a lasting effect on the future of digital health electronics.
During this solo discussion, Ariel Garten will share future opportunities for thought-controlled technology over the next 5, 10 and 15 years enabling people to interact with, monitor and improve their own brain activity.


Ariel will be speaking on March 11th in a SXSW Interactive solo panel presentation on brainwave technology, 'The Next Frontier for Digital Health'.

If there ever was a gap between science, art, business and technology, Ariel has closed it. Her work converts the workings of the mind into tangible solutions.

Ariel has researched at the Krembil Neuroscience Institute studying hippocampal neurogenesis, displayed work at the Art Gallery of Ontario, DeLeon White Gallery and opened Toronto Fashion Week. The intersections of these diverse interests have culminated into various lectures with topics such as “The Neuroscience of Aesthetics” and “The Neuroscience of Conflict”, featured on TVO's Big Ideas.

Referred to as the “Brain Guru”, Ariel has also run a successful real estate business, spent time as the designer of a Canadian fashion boutique, and is a practicing psychotherapist.

In 2007, Ariel co-founded InteraXon, one of the world's leading companies creating brainwave controlled products and experiences.

InteraXon debuted with the creation of "Bright Ideas", Ontario's feature showcase at the Vancouver 2012 Winter Olympics, where visitors in Vancouver got to control the lights on the CN Tower, Niagara Falls and the Canadian Parliament buildings, with their minds, from across the country.

Ariel and her team are merging technology, neuroscience, art and design. Muse, InteraXon’s brain-sensing headband, just one example of this innovation, allows consumers to interact with their smart phone and tablet using the power of their mind. Ariel and Muse are regularly lauded in global media- CNN, CNET, CNBC, Reuters, Tech Crunch, Wall Street Journal Tech for creating what Huffington Post calls "the beautiful headband that will make you smarter".

Ariel regularly lectures at MIT, Singularity University and FutureMed. Her lecture on Ted.com has over 250,000 views and she gave this year's opening keynote at Le Web, Europe's biggest tech conference.

Ariel is lauded for her style and inspiration as much as her role at the helm of a technology company that is bringing the future to life.