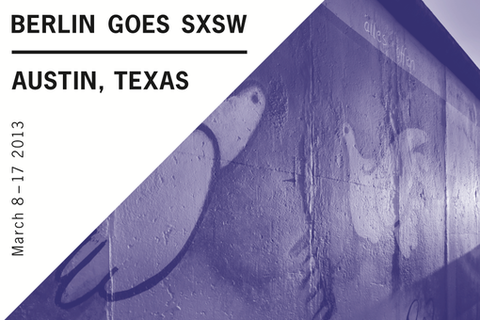 International Media hails Berlin as the next Silicon Valley! In 2011 The Economist simply wrote: "Music and Technology: Berlin is the future!" Global Venture Capitalists and enterprises are flocking to the city to harvest a sprawling startup scene. With office space being plenty and cheap, the city remains a magnet for creative minds from all over the world. A paradise?

In the online world Germany is still considered to be copycat sporting territory: Great at operations and executing across international markets, poor at innovative product development and the establishment of original global players. Exit options are scarce, so is public funding, tax incentives or low legal barriers for founders.

How do entrepreneurs and investors cope with this gap, what are the opportunities and stumbling blocks for foreign companies?

The panelists represent Berlin's most active players and investors and will share insights about the dos and don'ts for any founder or startup leering at Berlin.

Jessica Erickson is the Founder of Berlin Geekettes, a non-profit uniting, mentoring and promoting women in tech of Berlin, Germany. She is also the Berlin Producer for General Assembly, a campus that helps individuals create opportunities through community and education in technology, entrepreneurship and design. Jessica holds a MSc in Media and Communications from the London School of Economics. Follow her on Twitter at @jessjerickson.

David Noël is the VP Community of SoundCloud, the leading social sound platform, which enables anyone, anywhere to create and share their sounds on the web.
Since joining the company in May 2009, David has played an integral role in growing its community from 100,000 to more than thirty million registered users; a number increasing exponentially every day. Leading a global Community team of almost twenty, his responsibilities lie at the intersections where users meet and interact with the product. David is SoundCloud’s external voice and its users’ internal advocate.
Prior to joining SoundCloud, David co-founded a web entertainment startup and has a background in marketing and the music industry, where he worked as an A&R and tour manager.
David is a Seedcamp mentor and is passionate about all things tech, start-ups, airplanes, and was named Best Startup Mentor/Advisor of the year at TechCrunch Europe’s The Europas in 2011.
Find David on the web:
Twitter: http://twitter.com/David
Blog: http://david-noel.com
SoundCloud: http://soundcloud.com/david


Co-founder of Startupbootcamp, startup accelerator with programs in Amsterdam, Berlin, Copenhagen, Dublin and Haifa. Partner at Rainmaking, a startup factory with 15 startups a bunch of blow ups and 4 exits. French national, born in Spain, boarding school in England, high school in Africa. Proud dad of two red-headed trolls, a joint venture with a Danish pastry.


Founder of Tech Open Air, TechBerlin, Ahoy! Berlin and Jobslike.me. Tech Open Air's mission is to connect, grow and inspire the tech, music, art and science community through knowledge exchange and collaboration. Also a Marketing Consultant to Eventbrite, Inc. Previously Venture Partner at Catagonia Capital, Founder/CEO of Reduti (acquired by DailyDeal) and Member of the Management Board at Zeitbild Publishing. Follow Nikolas at @woischnik.