Creator vs. Audience: Next Chapter in Storytelling 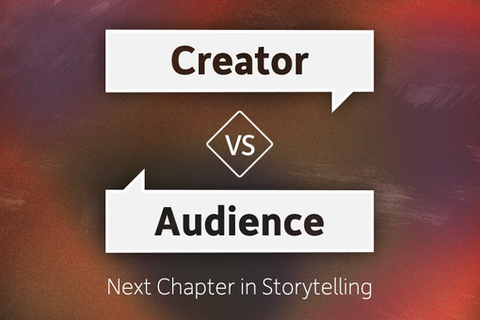 The emergence of incredibly strong and meaningful social relationships being formed by a community through a collective elaboration of meaning, especially when it's related to the pop culture arts and creative collaboration of the arts themselves, is the little foreseen positive development for social good as the web enters a more thoughtful evolution. 50 Shades of Grey began as Twilight fan fiction -- the positive responses from readers guided E.L. James rewrites into a bestselling series. ME3 creators faced backlash from fans when the narrative conclusion did not satisfy longtime players. As the line between production and consumption blurs into a new paradigm, with fans investing themselves in plot lines and characters, it’s increasingly important to strike a balance of maintaining a creative vision while monitoring and utilizing consumers’ guidance to ensure a project’s success.


Angelo is the Co-founder and CEO of deviantART, the world’s largest online community for artists and art enthusiasts. In 2000, at only 19 years old, Angelo co-founded deviantART as the ultimate destination online for digital artists to share “skins,” artwork created for media players. Today, with 22 million members contributing close to 220 million works of art it is one of the most popular sites on the web.

Prior to deviantART’s inception, Angelo started a music file-sharing site called Dimension Music in 1996, which he then sold to Michael Ovitz. Subsequently, Angelo worked at Ovitz's Artist Management Group, where he advised on which companies and Internet properties were gaining traction and deserved a look as investments.