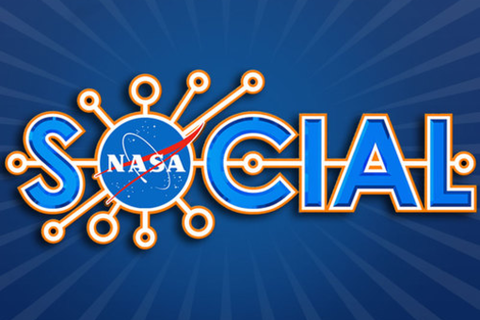 The nation's space agency has embraced the use of social media to reach out, engaging new audiences in new ways and giving people behind-the-scenes access to areas rarely seen by the public. By using tweets, blog posts and streamed video interviews with groups across the world, the astronauts living and working on orbit have a unique vantage point in which to conduct science-altering experiments, encourage the next generation to study STEM in school and to open a door that rekindles the dreamer in all of us. Hear from and ask questions to an astronaut who recently flew aboard the International Space Station and NASA's social media manager during this panel and explore all the ways that you can connect with what's going on way up there from all the way down here.


Ron is a highly decorated Fighter Pilot and Test Pilot, Explorer, Entrepreneur and Humanitarian who believes that appropriately designed and targeted social enterprise can solve many of the problems facing our world.

Ron is a current NASA astronaut who has traveled 71,075,867 miles in 2,842 orbits of our planet during more than 178 days in space and 27 hours and 3 minutes of EVA during four spacewalks. He flew on both the US Space Shuttle and the Russian Soyuz spacecraft. Ron is also an aquanaut and participated in the joint NASA-NOAA, NEEMO-9 mission, an exploration research mission held in Aquarius, the world’s only undersea research laboratory. During this mission he and the crew spent 18 continuous days living and working on the ocean floor.

Ron’s present assignment is in NASA's Open Innovation Initiative, which seeks to increase openness, transparency, collaboration, and innovation within government. In this capacity, Ron has been involved in many global mass collaboration and citizen science programs.

Ron has a very large social media following and has been effectively using these platforms to tell the success story of the US and International Space Programs and started an initiative called Fragile Oasis (fragileoasis.org) to use the "Orbital Perspective" to inspire people to improve life on Earth.

Working in partnership with the US Agency for International Development (USAID), Ron is leading an effort called Unity Node to develop a universal, open source, collaborative platform to enable humanitarian organizations around the world to work together toward their common goals and is assisting USAID to establish an applied research for development program.

Outside his work with the US government, Ron is also a serial entrepreneur and has founded multiple business enterprises and social-impact focused startups including Manna Energy Ltd. which was created to leverage the $120B/year Carbon Market to finance humanitarian projects in developing countries. Manna Energy Ltd. is the first organization in the world to successfully register a United Nations Clean Development Mechanism carbon credit program for water treatment. Manna also developed, under contract with a partner organization the largest water treatment intervention conducted by a private organization – a four million person program operating in Kenya, completely funded by carbon credits.

Ron represented Manna Energy Ltd. as one of ten global innovators in the field of water purification during the 2009 Launch-Water forum (sponsored by NASA, US State Dept., USAID, and Nike).