How Minimalism Is Changing Entrepreneurship 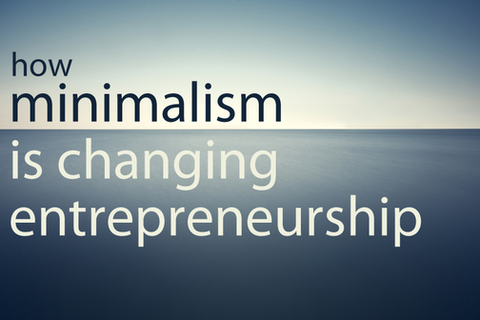 People can earn a living doing what they love. We’ve all heard this before. But most people don’t realize they don’t need to earn as much money as they think to live contently. And with the fear-of-money obstacle out of the way, entrepreneurship becomes far more achievable—far realer.

Bestselling author Joshua Becker of Becoming Minimalist has teamed up with Bestselling authors Joshua Fields Millburn and Ryan Nicodemus of The Minimalists and Courtney Carver of Be More With Less to show people that they can live more meaningful lives while earning considerably less money. Their inspiration, personal stories, and practical application steps will inspire others to finally pursue their passions.

After all, you don’t have to live your life fed-up with your career; you needn’t be stressed out by the rat race. Using the principles of minimalism, you can pursue your dream, make less money, and live a more meaningful life at the same time.


I love working with people who want to do work they love.


Blogger at Becoming Minimalist. Inspiring others to find more life by owning less. Author of Simplify and Living With Less.


Joshua Fields Millburn is the bestselling author of eight books. He left his corporate career at age 30 to become a full-time author and writing instructor. His essays at TheMinimalists.com, where he writes about living a meaningful life with less stuff, have garnered an audience of more than 2 million readers.

He has toured the US and internationally in 51 cities and has spoken at Harvard Business School, SXSW, World Domination Summit, and several other organizations, schools, and conferences.