Declaring War on IT Turnover 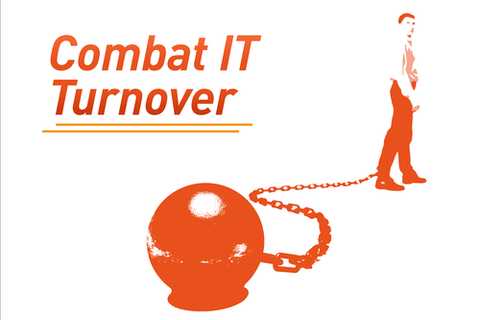 We have become a job-hopping culture. Company ‘lifers’ that maintain a career and knowledge in just one company for most of their working lives are essentially extinct. According to the Bureau of Labor Statistics, workers stay with their jobs an average of 4 years. In IT, the trending number is less.
Team leaders and managers listen up. Given the stats from the BLS, your team’s depth is probably only an average of 5-6 years deep. That’s scary. Plus, how do we solve the intellectual property retention issue?
There are two ways to combat this issue: The first way is to make your company a destination and you won’t have to worry about your talent leaving. Most companies have implemented some perks and work-life and cultural benefits at some level. The second way is to build a tribal knowledge culture that bridges the gap when someone moves on to their next endeavor. We will talk about how to solve this issue from both directions.


Craig Malloy is the CEO of Bloomfire (www.bloomfire.com), an Austin startup that offers knowledge sharing applications for teams and organizations. Craig previously served as Founder/CEO of ViaVideo (acquired by Polycom), Founder/CEO LifeSize (acquired by Logitech) and is a former Navy officer.