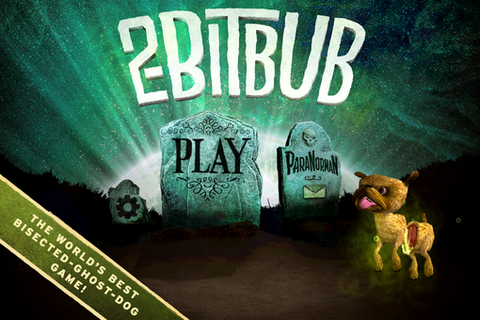 What happens when you combine the visions of advertising agency, W+K and game designer, Graeme Devine.
Advertisers have discovered games: they can be cheaper than TV spots, produce lots of engagement and people play them for hours! But there aren't that many good examples of branded games. In fact, there are more bad examples than good ones. And while advertising agencies know how to work with film directors, there also aren't that many good examples of agencies working with game designers and developers.
In early 2011, W+K was briefed by LAIKA on the campaign for its 2012 movie, ParaNorman. As part of the agency's strategy, W+K produced an iOS game based on a minor character from the film, a bisected dog named Bub.
With W+K joining forces with Graeme Devine of GRL Games, an award winning game designer, ParaNorman's 2-Bit Bub emerged. Learn how the final game came to be and the challenges and opportunities both sides encountered during the conceptual and production process.


Dan is an Interactive Creative Director at Wieden + Kennedy in Portland, OR for Nike Global, Facebook Global and Kraft, where he works on the intersection between storytelling, games, play and code.


Graeme is showing off his new game "Rocket Patrol" at SXSW! Make sure you get a demo!

Graeme Devine is a veteran game developer with more than 30 years of success in game production across multiple platforms, technologies and major titles. His games range from the ground breaking 7th Guest and 11th Hour to the action packed Quake III Arena to more recently Age of Empires 3 and Halo Wars. He left Apple in 2010 to form GRL Games to focus on making fantastic game applications for the iPad and iPhone.


Michelle Childs is a UX Lead at Wieden + Kennedy in Portland, OR. Armed with Copics, Sharpies and tabloid paper, she spends most days sketching through scenario designs and working with teams to create the best story fueled experience for major brands.

When I’m not thinking for brands, I’m taking pictures and traveling and scribbling million dollar inventions and recounts of dreams in my notebook.