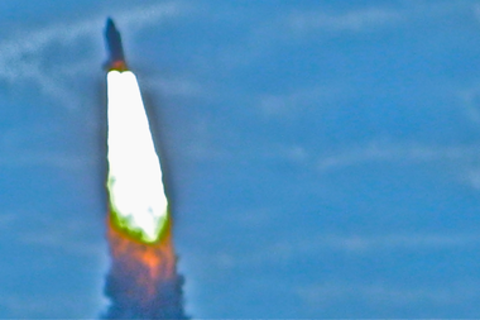 Space promises enormous opportunities to those who first explore it. Can we all be part of this endeavor? Will you be part of it?
With the arrival of the crowd-sourcing and open-source movements, never before have humans had the opportunity to transform and build entire industries in such short time frames and with mass participation. We have seen Linux, Firefox, Wikipedia and millions of app developers demonstrate this in the software world. With the arrival of the Makers movement and recent initiatives to crowd-source, crowd-fund and open-source space technology we may be seeing this same trend in space. This session explores the history, opportunities and challenges for entrepreneurs, companies, nonprofits and governments wishing to lead the way in this unexpected frontier. Help us answer: Why is this trend happening? Is it here to stay? Is it viable? Can we create a collaborative global space industry? Who, if anyone, will emerge as the primary catalysts for this industry?


Anousheh Ansari is a Co-Founder and Chief Executive Officer of Prodea Systems. As she launched her company, on September 18, 2006, she also blasted off for an eight-day expedition aboard the International Space Station and captured headlines around the world as the first female private space explorer. She also earned a place in history as and the first astronaut of Iranian descent, the first Muslim woman, and the fourth private explorer to visit space. This was the accomplishment of a lifelong dream for her.
As a successful serial entrepreneur and active proponent of world-changing technologies and social entrepreneurship she along with her family provided the title sponsorship for the Ansari X Prize, a $10 million cash award for the first non-governmental organization to launch a reusable manned spacecraft into space twice within two weeks. This feat was accomplished in 2004 by legendary aerospace designer Burt Rutan in 2004. With the success of the X Prize competition, Ansaris had helped launch a new era in private space exploration.


Darlene Damm has over ten years of experience building environments that unlock the entrepreneurial power of individuals and communities to bring about profound social innovation. She implemented a unique fundraising system for Ashoka, mobilizing 300 staff in 30 countries to jointly fundraise $40 million per year to solve complex social problems. She also launched Asia Society Young Professionals, two service-learning programs for youth in Vietnam and Myanmar, and multiple cross-cultural education programs for Stanford University/VIA. She was a Fellow with US-Japan Community Education and Exchange, received her bachelor's degree in History from Stanford University, her master's degree in International Affairs from Johns Hopkins SAIS and studied at the Singularity University in the Silicon Valley.