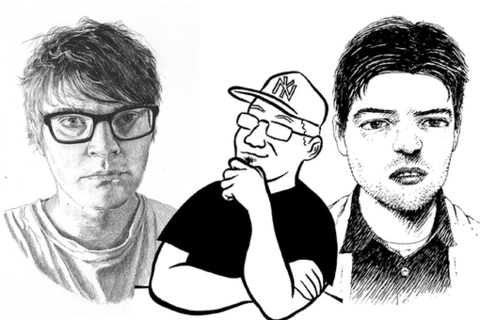 Like artists in other fields, the creators of today’s comics and graphic novels face a lively new landscape of publishing and distribution. The internet, new software tools and an array of social media now equip maverick small publishers and self-publishing creators with an array of new options for building an audience. In conversation with the moderator Calvin Reid, Karl Stevens, award-wining cartoonist and creator of three self-published graphic novels and a forthcoming Kickstarter project, and Josh Frankel, founder of Zip comix and publisher of the new posthumous graphic memoir, Harvey Pekar’s Cleveland, survey the individual strategies they used to publish great comics. From the funding, acquisition and publication of Harvey Pekar’s Cleveland at Zip Comics, to the creation, production and fundraising skills needed for a self-publisher like Stevens, our panel will offer a detailed and entertaining survey on two unique views on publishing graphic novels in the Kickstarter era.


I'm the senior news editor of Publishers Weekly, the trade news journal of the book publishing industry, and coeditor of PW Comics World, PW's monthly newsletter and online site for comics and graphic novel news. I was instrumental in launching reviews and regular news coverage of the graphic novel category at PW. PW's coverage has been credited with helping the launch the comics/graphic novel category in the book industry and in 2006 I was awarded the Bob Clampett Humanitarian Award by San Diego Comic-Con International for my work raising the profile of the comics medium in the book industry. In addition to covering comics I also assign and write about general book publishing news, digital publishing, African American publishing, small press publishing and other topics.


Hi there my name is Josh Frankel and I am the Publisher of Zip Comix. Now I could tell you all about myself and my love of pizza, comics and the time I fought a dwarf. However instead lets talk about my company Zip Comix.
Zip was founded in 2009 to put out my own comic book The Schizophrenic. While sales of said floppy were modest it did teach us at Zip a thing or two. Deciding that floppies were too labor intensive we segued into graphic novels. Our first GN was Harvey Pekar's Cleveland, which was released in conjunction with Topshelf Productions. We currently have some other great projects brewing and I look forward to discussing them at SXSW.


Karl Stevens is a graphic novelist and painter. His first book, Guilty, was published in 2004 with a grant from the Xeric Foundation. He is also the author of Whatever (2008) and The Lodger (2010). His comic strips have appeared since 2005 in the alternative newsweekly the Boston Phoenix.